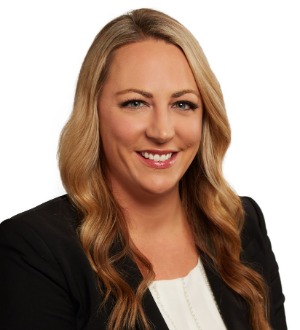 Ms. Devine has helped achieve numerous multi-million dollar verdicts and settlements on behalf of her clients in personal  injury, medical  malpractice and wrongful death suits. In August 2017, she was part of the trial team that obtained a record-setting $148 million jury verdict on behalf of a dancer paralyzed by a collapsed pedestrian shelter at O’Hare International Airport. The verdict is the largest personal injury verdict ever awarded to an individual plaintiff in Illinois history. Several months later, the city of Chicago appealed the verdict and the case settled for a record-breaking $115 million. In 2016, Ms. Devine obtained an $18.5 million settlement on behalf of a child who suffered a serious brain injury due to a delay in the diagnosis and treatment of meningitis. That same year, Ms. Devine obtained a $1.6 million verdict in a wrongful death case, the highest recorded verdict in Stephenson County.

Ms. Devine is licensed and practices in Illinois and Wisconsin.

In recognition for her outstanding legal work, Ms. Devine was recognized as a 2020 “Women in Law” honoree by Law Bulletin Media. In 2019, she was named to Crain’s Custom Media’s Chicago Gen X Leaders in Law list and 2018 Notable Women Lawyers in Chicago list. She was named to the 2021 Edition of Best Lawyers, one of the oldest and most respected peer-review publications in the legal profession. In 2018, she received a Trial Lawyer Excellence Award from Law Bulletin Media. In 2016, she received the Lake County Journal’s “Women of Distinction” award. Ms. Devine has also been named to Law Bulletin Media’s Leading Lawyers list, an honor given to the top 2% of lawyers in Illinois who are age 40 or younger or have practiced 10 years or less. In 2014, she was named one of Law Bulletin Media’s 40 Illinois Attorneys to Watch Under Forty.

Ms. Devine received her Bachelor of Arts degree from the University of Illinois and her law degree from Marquette University. Currently, Ms. Devine is an active Marquette alumni member and has previously served as a Committee member for the Annual Chicago Marquette Lawyer Reception.