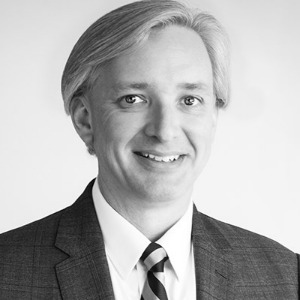 H.S. Bartlett III (“Tad”) joined Fishman Haygood after practicing in a diverse range of legal areas for more than twenty years. He first practiced under the Louisiana student practice rule in 1999 as a member of the Tulane Environmental Law Clinic, before graduating magna cum laude and Order of the Coif from Tulane Law School in 2000. While at Tulane, Tad served for a year as a research assistant to Justice Ruth Bader Ginsburg and Judge James L. Dennis for a class on comparative human rights law that they taught in Tulane’s Summer Abroad program. After graduating, he served as a judicial clerk for Judge Dennis at the U.S. Court of Appeals for the Fifth Circuit, then developed his litigation and appellate practice at the law firms of Liskow & Lewis and Krebs, Farley & Pelleteri. In 2009, he joined the team of attorneys at Jones, Swanson, Huddell & Garrison, where he headed up the firm’s appellate practice across both its commercial and environmental litigation areas; then developed his appellate and litigation practice further as a member of Bartlett & Garrison.

Tad was an integral part of a multi-firm team that developed the coastal litigation practice regarding land-loss on behalf of both landowners and governmental entities. Tad also has been deeply involved in numerous complex commercial cases, from preferential rights disputes to bet-the-company litigation, as well as construction litigation. After several years of guest lecturing at local universities on coastal litigation topics, since 2019 he has served on Tulane Law School’s faculty as an adjunct professor, as part of a team teaching an advanced seminar on Coastal Law Litigation & Policy each spring. Tad also runs the Take the Fifth blog (http://takethefifth.blog), which digests all opinions released by the U.S. Court of Appeals for the Fifth Circuit, summarizes all opinions designated for publication, and tracks statistics on opinion releases from the Circuit.