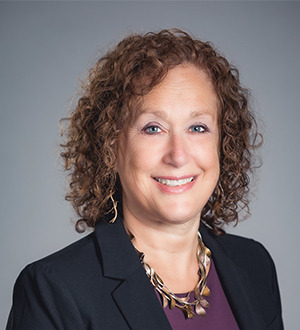 Susan is a trial attorney who has devoted much of her career to litigating complex trademark, trade dress, copyright, and patent conflicts, patent interferences, and trademark opposition and cancellation proceedings.  Susan has appeared before numerous federal District Courts and has argued before the Court of Appeals for the Federal Circuit.  She is the founder of the Boston Patent Law Association’s (BPLA) Litigation Committee, a founding member of the BPLA’s Contested Matters Committee, and current co-chair of the association's Antitrust Committee.  In addition to litigation, her practice includes patent and trademark prosecution in the United States and internationally.

Susan has tried cases to juries, judges, and arbitrators and is a member of the American Arbitration Association’s National Roster of Neutrals.  She served as a lead attorney on a litigation team whose victory was named among the “State’s Ten Most Important Opinions of 2006” by Massachusetts Lawyers Weekly (Gather Inc. v. Gatheroo, LLC et al.).  Susan has also argued before the Court of Appeals for the Federal Circuit.

Recognized by the Boston intellectual property law community, Susan was elected to serve as President of the Boston Patent Law Association.  She was also selected by the U.S. District Court for the District of Massachusetts in Boston to serve on and chair the Merit Selection Panel constituted in 2009 to review and recommend candidates for the Magistrate Judge position.  Susan is a Martindale-Hubbell featured AV Peer Review rated lawyer.  For nine years, she has also been named to Super Lawyers, which is a rating of outstanding lawyers who have attained a high-degree of peer recognition and professional achievement.  In 2016, Susan was individually honored in the Silver category by World Trademark Review 1000 for enforcement and litigation, as well as named as a 2016 Top 250 Women in IP by Managing Intellectual Property. Susan has also received the distinction of Best Lawyers in America® 2017 for her expertise in Trademark Law.

Susan has been a guest lecturer at the Boston University School of Management and an Adjunct Professor of Law at Suffolk University Law School, and is a recognized speaker and moderator for various organizations on topics including interference law and practice, the employee inventor, opinions of counsel, willfulness, strategy and tactics of pretrial motions, jury selection, and achieving trademark litigation goals, to name a few.