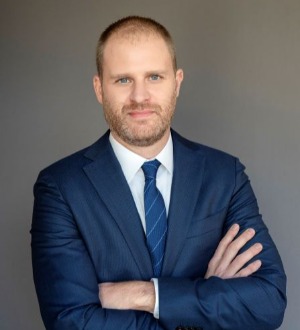 Stuart Sears is an experienced trial attorney whose practice focuses on criminal and white collar defense.  Before joining Schertler & Onorato LLP, Mr. Sears was a partner at a law firm in Alexandria, Virginia, where he represented individuals in a wide array of federal and state criminal proceedings.  Mr. Sears's broad defense experience includes representing individuals charged with health care fraud, false claims, money laundering, mail and wire fraud, illegal structuring, and mortgage fraud.  Mr. Sears has extensive trial experience in Virginia and the federal courts and has obtained acquittals before both judges and juries.  Mr. Sears has also advised numerous clients during government investigations, including targets and subjects of grand jury proceedings.

In addition to his trial and investigative defense work, Mr. Sears has represented individuals in various post-conviction proceedings, including direct appeals, petitions for certiorari to the United States Supreme Court, and writs of habeas corpus.  Among his successes in this area, Mr. Sears litigated a post-conviction motion under 28 U.S.C. 2255 in the United States District Court for the Eastern District of Virginia that resulted in vacation of the client's convictions due to constitutionally ineffective advice that the client's former counsel had rendered in the plea negotiation process.  Mr. Sears also won a remand of a client's sentencing in the United States Supreme Court.