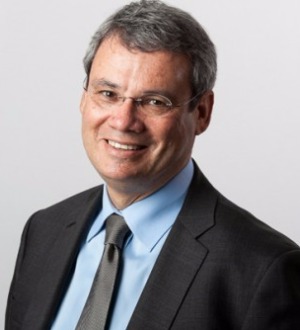 Years In Practice
Phone Number (888) 324-7683
Whether in the courtroom or the community, Stewart L. Cohen has worked relentlessly as an advocate on behalf of his clients for over thirty years. Mr. Cohen has achieved seven-figure and higher recoveries for scores of his clients over the course of his career.

Mr. Cohen is a shareholder in the firm, focusing his practice on complex civil litigation, including medical malpractice, workplace accidents and class actions. His skill as a trial lawyer has resulted in a long record of successes including a "Top 100 Jury Verdict in the United States" reported in 2005, and "Top 20 Recovery" in New Jersey reported in 2009. His clients have included: children catastrophically injured at birth because of substandard medical care; the victims injured by "one of the most dangerous roadways in America" as reported by the Philadelphia Daily News; construction workers injured by unsafe equipment and unsafe job practices; and the class of all investors in the Chiquita Banana Corporation in a shareholder derivative action against the Board of Directors who had funded the actions of Columbia's top paramilitary group Autodefensas Unidas de Colombia (AUC) which resulted in the deaths of thousands of victims.

Through his pursuit of novel and complex cases, Mr. Cohen has made it possible for victims of professional and corporate negligence to successfully recover for their injuries, including: the ability of organ donors to hold a hospital responsible for failing to inform them of the risks of surgery; the ability to hold a state agency liable for money damages for wrongful death; and, the ability to hold a drug manufacturer responsible for fraudulent marketing practices.
What legal services does this lawyer offer?
Mass Tort Litigation / Class Actions - Plaintiffs
Personal Injury Litigation - Plaintiffs
Pharmaceutical
Punitive Damages
Toxic Tort
Awards