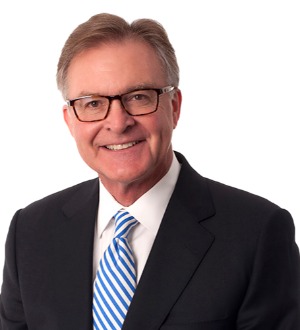 Recognized by Best Lawyers® since 1991.
100 Congress Avenue, Suite 1400 Austin, Texas 78701
(214) 880-8100
|
Firm: Littler
|  Website
Edit Profile
Edit Your Profile
To edit your Lawyer Directory information, please login to your
Best Lawyers® Admin Account.
If you have any questions or need assistance, please contact us at info@bestlawyers.com or 803.648.0300.
Overview
Firm

He has more than 35 years of experience representing employers in Occupational Safety and Health Administration (OSHA), and Mine Safety and Health Administration (MSHA) matters and is nationally recognized for his expertise. He has successfully litigated more than 100 OSHA and MSHA citation contests for employers.  He also has handled numerous investigations and administrative proceedings. Among his notable accomplishments, Steven successfully defended an OSHA fatality inspection of a refinery explosion involving 17 fatalities, resulting in no OSHA citations issued to the employer.  Additionally, he counsels and advises employers on safety compliance and the preparation of safety policies and procedures.  He has on-the-ground experience dealing with catastrophic and accident/fatality investigations.

A frequent speaker before business and professional associations throughout the country, Steven also is a contributing author to several treatises and publications on occupational safety and health law. He is board certified in labor and employment law by the Texas Board of Legal Specialization.

Steven's clients include companies in the following industries:

Co-founder and former office managing shareholder of Littler Mendelson's Dallas office, Steven previously served as a member of the firm's Management and Executive committees. He is currently serving his second term on the Board of Directors, is chair of the OSHA Workplace Safety Practice Group and is actively involved with many other committees.