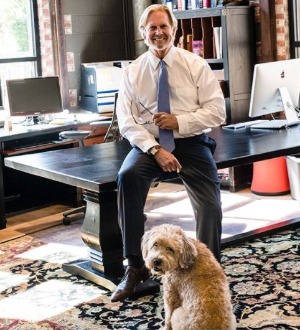 Recognized by Best Lawyers® since 2016.
5800 South Nevada Street Littleton, Colorado 80120
(303) 782-0003
|
Firm: Anderson & Jahde, P.C.
|  Website
Edit Profile
Edit Your Profile
To edit your Lawyer Directory information, please login to your
Best Lawyers® Admin Account.
If you have any questions or need assistance, please contact us at info@bestlawyers.com or 803.648.0300.
Overview
Firm

Steven Anderson is the co-founder and President of Anderson & Jahde, P.C.  For 17 years Martindale-Hubbell has awarded him its highest, preeminent, rating in legal ability and ethical standards. Mr. Anderson was named one of Denver’s Top Rated Lawyers of 2014 by Legal Leaders in Commercial Litigation, General Practice and Professional Liability.

He has served as lead counsel in some of the highest profile tax cases out of Colorado, and elsewhere, including a criminal tax case which the Department of Justice identified as one of the largest tax evasion case in the history of Colorado, a seminal case won in the United States Supreme Court, a precedent setting gift tax case in the United States Tax Court, and a defining Colorado Sales & Use tax case.

In his 25 years of practice, Mr. Anderson has helped well over a thousand taxpayers to find solutions to their tax disputes with the IRS and state and local taxing authorizes.

With his background, clients also call upon Mr. Anderson to represent them in business and commercial litigation cases.

He is an adjunct professor at the University of Denver, College of Law, Graduate Tax Program, and a sought after speaker for the many Continuing Education courses he has authored and instructed for Attorneys and Accountants (see course topics below).