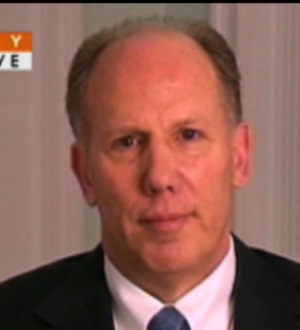 Mr. Sadow has NEVER been a prosecutor. He has devoted his entire career to defense work.

Several of Mr. Sadow's cases have drawn national media coverage. Television networks such as Court TV, NBC and A&E have featured his cases. Mr. Sadow obtained an acquittal for his client Joe Sweeting, who was tried along with former NFL football star Ray Lewis for two murders that occurred during a post-2000 Super Bowl brawl in Atlanta ("Turning The Prosecution Witness: Making The Witness Your Own."

In one of the most high profile federal cases in Georgia history, Mr. Sadow successfully defended Steve Kaplan, the former owner of the notorious Gold Club strip establishment, against RICO charges ("A Wink, A Smile: How Gold Club Defendants Bonded With Jury."

Mr. Sadow also obtained what commentators have called a "miracle" outcome for rap/entertainment artist "TI" after he was charged with federal firearms offenses in Atlanta ("T.I. 'Ain't No Such Thing As A Secret Snitch' – The Untold Story Behind the Deal."

Mr. Sadow also obtained the acquittal of Howard K. Stern, the attorney and boyfriend of the late playmate and model Anna Nicole Smith, who was charged with conspiracy and prescription drug fraud in Los Angeles. Steve Sadow - A Real "Discovery"; Judge Frees Stern and Doctor.

Mr. Sadow choses to give back to the community by representing the unfairly or falsely accused for free. He typically picks these cases based on media reports that strongly suggest the accused needs his expertise and skill to avoid an injustice but can't afford to hire the right lawyer.  For example: Sadow: Serious Problems with Crowell's Traffic Stop; Felony Weapons Charges Against Crowell Dropped; Raquel Nelson Back in Court with High Profile Lawyer at her Defense (Ms. Nelson later pled no contest to a jaywalking ticket and paid a $200 fine)