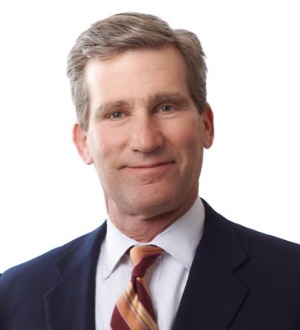 Steve also is a leader of the firm’s ESOP group. His practice focuses on counseling primarily privately held company clients with respect to transactional matters including mergers and acquisitions, ESOP formation and a wide range of general corporate, business and finance matters, including corporate governance, early-stage investing and a variety of commercial contracts.

Steve also effectively serves as outside general counsel to a number of private companies that do not have in-house legal departments. As such, Steve advises clients on a wide variety of day-to-day legal matters, including employment and consulting agreements, non-competition agreements, executive compensation arrangements, and distribution agreements.

Steve’s clients range from start-ups to public companies and across various industries, including construction, advertising, finance, software and manufacturing.

Steve has been a member of the Firm’s Executive Committee since 2014. He is active in community matters in New Albany and Columbus. He is a student coach for the Handshake Foundation.

Prior to joining Calfee, Steve was an associate with the law firms of Stroock & Stroock & Lavan in New York City and Lucash, Gesmer & Updegrove in Boston. He was a partner with the firm of Goldstein & Manello, P.C. before joining Calfee as a partner in 2000. He is a member of the Ohio, New York and Massachusetts Bar Associations.