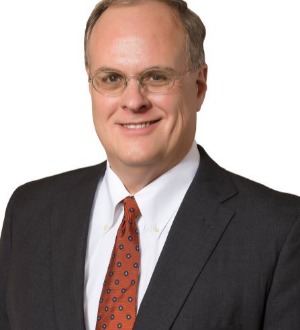 In the field of Indian law, Mr. Ward has counseled clients over the years in a broad range of matters.  Recently, he has assisted tribal and other clients with the development and financing of large Indian country business projects, including resorts and casinos, retail developments, and other similar projects.  Mr. Ward, along with the rest of the firm’s Indian country business group, have provided counsel in virtually all aspects of these projects—from development agreements to construction contracts to financings to real estate issues to regulatory matters.

Mr. Ward counsels Indian law and tribal clients on a wide array of issues.  His experience in the field of Indian law includes matters involving tribal sovereignty and treaty rights, Indian land title/consolidation of fractional land title, cultural and historic preservation, tribal sovereign immunity, tribal self-governance and self-determination, Indian country environmental matters, Indian gaming and gaming business, and tribal energy development.  Mr. Ward and this team assist with matters involving leasing of federal and Indian lands, including oil and gas leasing.  In addition, he has expertise, and has handled significant litigation, involving tribal and individual Indian trust issues.  Among other matters in this area, he assisted in litigation that resulted in a ground-breaking settlement under which a tribe received a federal contract to conduct an accounting of the historical federal management of its trust assets.

Mr. Ward and the firm’s Indian law team regularly counsel clients in the area of cultural properties law and historic preservation, including in matters involving Section 106 of the National Historic Preservation Act, the Native American Graves Protection and Repatriation Act, and other similar federal statutes.  Additionally, Mr. Ward also has experience in assisting with tribal-state negotiations, including tribal-state compacts and other similar inter-governmental agreements.  He has also worked extensively in the area of tribal law, and has assisted tribal governments with the preparation of tribal codes and in the establishment of tribal court systems.  Mr. Ward has served as the tribal attorney for two American Indian nations.

Additionally, in over 15 years of practice Mr. Ward has handled significant litigation and appellate cases in diverse areas, including actions involving Superfund (common law pollution laws, the National Environmental Policy Act, and other environmental laws), the federal Administrative Procedure Act, energy and energy business matters, federal and state oil and gas royalties, qui tam actions under the Federal False Claims Act, intellectual property (patent and copyright) law, and employment and discrimination claims.  He has handled or has been involved in cases before a number of federal district courts.  Mr. Ward has also handled appeals before the United States Supreme Court and several of the United States Courts of Appeals.  He also has extensive experience in practicing before federal administrative tribunals, including the Interior Board of Indian Appeals, the Interior Board of Land Appeals, and other administrative courts of the U.S. Department of the Interior, as well as the United States Civilian Board of Contract Appeals.

After law school, Mr. Ward served as a judicial law clerk to a United States District Judge, the Honorable Layn R. Phillips, and subsequently to the then-Chief Judge of the United States Court of Appeals for the Tenth Circuit, the Honorable William J. Holloway, Jr.  Before he attended law school, Mr. Ward was a journalist.  He was editor-in-chief of his law school law review, and he had served as editor-in-chief of his college, high school, and church newspapers.