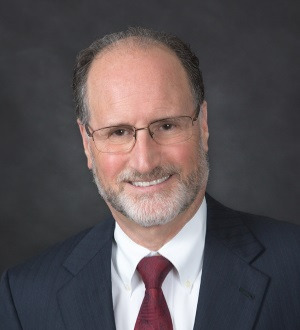 Recognized by Best Lawyers® since 2005.
One Southeast Third Avenue, Suite 2000 Miami, Florida 33131
(305) 358-2600
|
sreisman@pecklaw.com
Firm: Peckar & Abramson, P.C.
|  Website
Edit Profile
Edit Your Profile
To edit your Lawyer Directory information, please login to your
Best Lawyers® Admin Account.
If you have any questions or need assistance, please contact us at info@bestlawyers.com or 803.648.0300.
Overview
Firm

As an active member of the American Arbitration Association® Panel of Construction Arbitrators, Mr. Reisman has served as Arbitrator in many domestic and international construction disputes, and has also facilitated the resolution of numerous construction and commercial disputes in the role of Mediator.

Mr. Reisman is AV Preeminent® Peer Review Rated by Martindale-Hubbell® and since 2003 was included in the publication of Chambers USA among the highest ranked construction lawyers in Florida. He was also selected for inclusion in publications such as Best Lawyers in America® (chosen 2012, 2014 and 2016 – 2019 Lawyer of the Year in Miami for Construction Law), The International Who’s Who of Construction Lawyers, The Legal 500: United States, and Florida Super Lawyers®. Mr. Reisman previously served on the Construction Advisory Council of the American Arbitration Association.