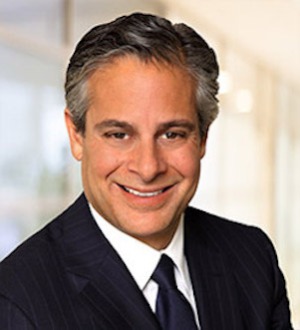 Stephen Raynes has distinguished himself in his representation of clients in serious injury and wrongful death cases, often in high profile cases, which he has done with a sensitivity and commitment to confidentiality. He has achieved million dollar and multi-million dollar recoveries on behalf of his individual clients more than 95 times in the areas of general personal injury, medical malpractice, and product liability.

He has repeatedly been selected as one of the top 100 “Super Lawyers” not only in Philadelphia but throughout Pennsylvania. He has been selected by his peers for inclusion in Best Lawyers of America for 10 straight years and in recognition of being the lawyer with the highest overall peer feedback was named Best Lawyers’ 2017 Philadelphia “Lawyer of the Year” for medical malpractice law – plaintiffs.  He has been inducted into the American Board of Trial Advocates, a nationally recognized organization of distinguished trial lawyers.

Mr. Raynes has represented victims in some of the highest profile cases locally and nationally. He was the lead lawyer representing the most severely injured child who was sexually abused by Jerry Sandusky in the case against Penn State and Sandusky; he is presently serving as the lead lawyer for one of the most severely injured passengers in the recent tragic Amtrak accident; he served as co-counsel for the family of the late Olympic Wrestler David Schultz who was shot and killed by John du Pont; and he served as co-counsel in the representation of victims and their families in numerous fatal aviation accidents in the United States and internationally.

Mr. Raynes’ commitment to the community at large and to injured individuals extends beyond the Courtroom. From 2013 through 2015, Mr. Raynes led a pro bono Campaign against the Canadian Government on behalf of the then 94 living Canadian Thalidomide survivors. The Campaign gained national attention in the Canadian press and led a historic unanimous vote by the Canadian Parliament and the securing of an $180 million dollar fund for the Canadian Thalidomide survivors.  In addition, Mr. Raynes and his wife Liz are funding the construction of a home to accommodate American physicians and nurses who travel to a Tanzanian medical center to provide volunteer medical services.