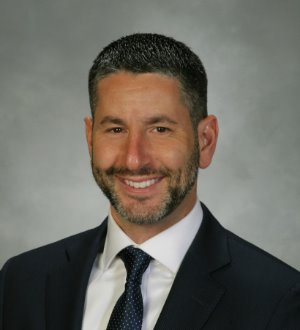 Stephen B. Brauerman (Steve) is a director at Bayard and member of the firm’s litigation group. He concentrates his practice in the areas of corporate, commercial and intellectual property litigation in Delaware’s state and federal Courts. He has litigated a wide array of cases involving fiduciary duty claims, corporate and alternative entity control disputes, advancement/ indemnification, breach of contract, antitrust, securities, patent infringement, copyright infringement, and trademark matters. Steve also counsels clients concerning the General Corporation Law of the State of Delaware and Delaware’s alternative entity statutes.

Since 2012, Super Lawyers has recognized Steve as a Delaware Rising Star in intellectual property litigation. Steve has also been recognized by The Best Lawyers in America© since 2017.  Delaware Today magazine has recognized Steve in its 2016-2019 editions as a top Delaware attorney in civil litigation and intellectual property law. From 2013 through 2020, Chambers USA has recognized Steve in the practice areas of Chancery and Intellectual Property. In the 2015, 2016 and 2019 editions of the IAM Patent 1000 list, Steve was recognized as a top Delaware patent practitioner in the category of litigation and transactions. In 2017 and 2019-2021, Steve earned a spot on the Benchmark Litigation Under 40 Hot List for his work on complex litigation in the Court of Chancery and the United States District Court.  Since its 2020 publication, Benchmark Litigation recognized Steve as a Future Star.   Steve was also a 2014 recipient of the Caleb R. Layton III Service Award, chosen by the Judges of the United States District Court for the District of Delaware.

While in law school, Steve worked for the Honorable Gerald Bruce Lee of the United States District Court for the Eastern District of Virginia. He was also Editor-in-Chief of the American University Law Review (Volume 55).Steve also serves as a Director of the Reading Assist Institute (a non-profit organization that helps children overcome language-based learning disabilities) and as a volunteer puppy raiser for Guiding Eyes for the Blind.