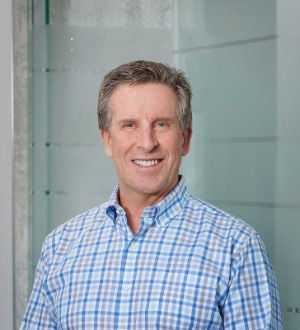 Stephen Shapiro is a partner with the firm.

Mr. Shapiro has litigated cases at the trial and appellate levels throughout the state court system and in the federal courts.  His litigation practice entails both bench and jury trials, administrative proceedings, arbitration and other forms of alternative dispute resolution, and appellate advocacy.

Mr. Shapiro has been named to The Best Lawyers in America© every year since 2013 for his Insurance Law practice.  Best Lawyers® is based on an exhaustive peer-review survey and is regarded as a definitive guide to legal excellence.

Mr. Shapiro was named to the 2016 and 2018 lists of Top Rated Lawyers™ in Litigation by The American Lawyer magazine and Martindale-Hubbell®, the company that has long set the standard for lawyer ratings.  This series features lawyers who have achieved an AV® Preeminent™ Peer Review Rating with Martindale-Hubbell®, the highest rating in legal ability and ethical standards.

Mr. Shapiro was named Barrister’s Best “People’s Choice” in 2016, 2018 and 2019 by Law Week Colorado.  In this statewide annual survey, the staff and readers of Colorado’s top legal publication choose winners in over 100 different categories celebrating the best of the legal world in Colorado. Mr. Shapiro was voted “Best Insurance Lawyer for Plaintiffs.”