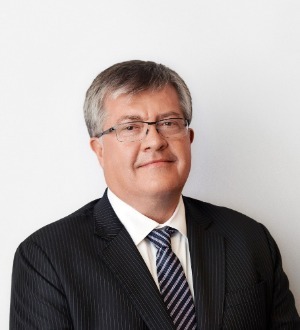 Stephan D. Blandin is a principal and partner in Romanucci & Blandin LLC, a Chicago-based personal injury firm. Since co-founding the firm in 1998, Mr. Blandin has focused his practice on catastrophic plaintiff’s personal injury and wrongful death cases involving motor vehicle and airplane crashes, medical negligence, product liability and workplace accidents. He also has a particular passion for birth injury cases in Illinois, Wisconsin and Arizona.

At Romanucci & Blandin, Mr. Blandin strives to serve clients with passion and preparedness. This attitude and determination has lead the firm in obtaining dozens of verdicts and settlements for its clients in excess of $1 million, including: a $30 million settlement for a family after their son was left permanently disabled and brain injured as a result of 25 experimental surgeries; a $22.3 million award in a medical malpractice case which left a ten-year-old boy with disabilities; an unprecedented $17.6 million jury award in a police chase case where a bystander was left with quadriplegia; a $3.3 million settlement for the family of a male who died as a result of an alleged failure to provide the worker with fall protection in an industrial accident; and a $2 million settlement for the family of a 41-year-old female who lost her life following a delayed diagnosis of an abdominal aortic aneurysm.

Stephan Blandin was recently selected by his peers for inclusion in the 2017 edition of The Best Lawyers in America© - a list he has now been included on for five years in a row. Best Lawyers has become universally regarded as the definitive guide to legal excellence. For the 2017 edition, over 83,000 leading attorneys worldwide were eligible to vote and over seven million votes were analyzed. Mr. Blandin has also been named an Illinois Super Lawyer since 2005, an honor determined by a high-level and exclusive voting process which includes research, peer nominations and evaluations of attorneys throughout the State of Illinois. Blandin’s ascent as a Super Lawyer exemplifies his performance perfected as a highly respected member of the legal community. With over 90,000 lawyers in the State of Illinois, and many of them affiliated with mega firms, Blandin’s rise to this exclusive list from a boutique firm is a testament to his character and performance as a lead trial attorney. Martindale-Hubbell has also awarded Mr. Blandin with its AV-Preeminent* rating for his superb record and ethical standards.

Romanucci & Blandin’s intimate approach to the practice of law proves that a small firm can produce big results and have huge talent. In nearly 20 years, Romanucci & Blandin has secured over $400 million in recoveries for their clients.

Mr. Blandin is a member of many professional organizations, including the Illinois Trial Lawyers Association, the American Association for Justice and the Illinois State Bar Association. Since 2012, he has served on the Illinois Supreme Court Attorney Registration & Disciplinary Commission (ARDC) as a Hearing Board Commissioner. Mr. Blandin is one of more than 75 hearing board members who will make recommendations in disciplinary matters of lawyers in Illinois under the authority of the Supreme Court. Mr. Blandin also serves as an American Bar Foundation Fellow. Less than one percent of lawyers in each State are considered for the honor which consists of a review of their legal and civic contributions. The American Bar Foundation is recognized nationally as the premier institute for social science research on law.

Heavily involved in the community, he has served as a board member of several nonprofit organizations, including the Knapp Burn Foundation, Salute Inc. and West Side Mentally Retarded Children’s Aid Inc.