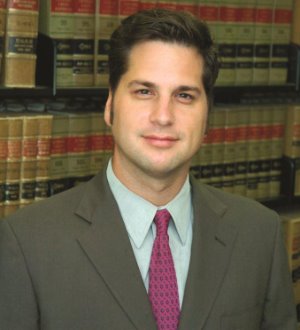 Soren E. Gisleson is a partner of Herman, Herman & Katz , L.L.C. Mr. Gisleson attended the University of Colorado at Boulder, where he earned a bachelor of arts in Philosophy in 1993. After receiving his B.A. from the University of Colorado, Mr. Gisleson attended Loyola University School of Law, where he received his Juris Doctorate in May of 1999. While at Loyola Law School, Mr. Gisleson became a member of Law Review in 1998 and published his casenote, Graham v. Willis-Knighton Medical Center: The Dissipation of Statutorily Admitted Liability in Medical Malpractice, 44 LOY. L. REV. 315 (1999). Mr. Gisleson served as articles editor of the Law Review from 1998-99, soliciting and editing legal writings ranging from death penalty litigation to environmental regulation and from constitutional law to admiralty. In 1999, Mr. Gisleson was also named to the National Law School Dean’s List.

Immediately upon graduation, Mr. Gisleson clerked for the Honorable Carl J. Barbier, District Judge of the United States District Court for the Eastern District of Louisiana.

In the Fall of 2000, Mr. Gisleson became an associate with Herman, Herman & Katz. Mr. Gisleson handled a variety of cases including criminal pro bono cases. Since 2005, Mr.Gisleson has focused his practice on first party insurance cases on behalf of homeowners and businesses, and has even undertaken a special appointment by the State of Louisiana to prosecute an antitrust case against the insurance industry for their claims handling practices after Hurricanes Katrina and Rita. Mr. Gisleson has also represented the New Orleans City Council in civil litigation involving utility, zoning and other regulatory matters.

Currently, Mr. Gisleson is assisting Stephen Herman, co-lead counsel in the BP MDL Litigation, in the prosecution of the action by taking depositions, drafting pleadings and appeals, preparing experts and furthering settlement efforts.