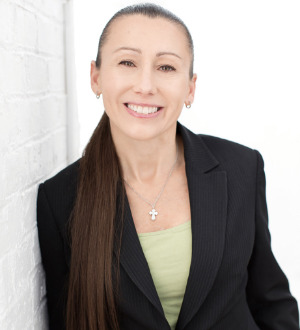 Recognized by Best Lawyers® since 2010.
One Montauk Avenue, Suite 301 New London, Connecticut 06320
(860) 442-9900
|
Firm: Faulkner & Graves PC
|  Website
Edit Profile
Edit Your Profile
To edit your Lawyer Directory information, please login to your
Best Lawyers® Admin Account.
If you have any questions or need assistance, please contact us at info@bestlawyers.com or 803.648.0300.
Overview
Firm

In one of her first major negligence cases, she secured a 2.0 million dollar judgment after a jury trial for a youth who suffered the amputation of three fingers when a wood splitter was improperly activated.  More recently, Graves obtained a $8.9 Million Dollar judgment after a trial to a jury for  a 27 year old tractor trailer truck driver who suffered serious injury after an oil tanker caused a multi-car collision on I-95.  As a result of this multi-million dollar verdict, Graves was named in 2014 to the Connecticut Law Tribune's Personal Injury Hall of Fame as the winner in the Motor Vehicle  category.

Graves has also been honored each year with selection for the esteemed publication The Best Lawyers in America since 2010.  She has also been chosen repeatedly by Super Lawyers magazine since 2006, as both a Connecticut Super Lawyer, as well as one of New England's Super Lawyers. She is a member of the National Trial Lawyers Association (by invitation), and is named by the organization as one of the Top 100 Trial Lawyers in the State of Connecticut.

Graves is the co-author of Connecticut Trial Evidence Notebook, published by Lexis Law Publishing. The book features an annual supplement that details new judicial decisions on the law of evidence and is commonly used by lawyers and judges in Connecticut.

Based on her credentials and experience, the Connecticut Superior Court appointed Graves in 2009 to serve as a fact finder / arbitrator for the court's dispute resolution program. Since 2003, she has held an elected seat on the Board of Governors of the Connecticut Trial Lawyers Association, an organization dedicated to the rights of injured persons within the civil justice system.