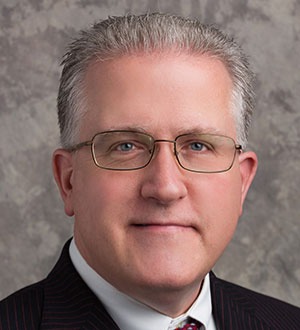 Recognized by Best Lawyers® since 2020.
1221 McKinney Street, Suite 2500 Houston, Texas 77010
(713) 655-1101
|
Firm: Ahmad, Zavitsanos & Mensing
|  Website
Edit Profile
Edit Your Profile
To edit your Lawyer Directory information, please login to your
Best Lawyers® Admin Account.
If you have any questions or need assistance, please contact us at info@bestlawyers.com or 803.648.0300.
Overview
Firm

Shawn Bates has more than 20 years of practice as a business trial lawyer heavily focused on energy sector litigation as well as various other industries.

He is a seasoned first-chair trial lawyer on cases involving tens of millions of dollars.  He has conducted hundreds of depositions and supervised colleagues on matters of varying size.He focuses his practice on litigation and arbitration of complex disputes for clients in the energy sector (oil and gas companies, pipeline builders/owners, electric and gas utilities, and other energy sector companies) as well as financial entities, medical entities and others.  These disputes include a broad range of claims such as business torts, misappropriation of trade secrets, noncompete agreements, breach of contract, fraud, trademark/copyright, and similar disputes.  His practice includes numerous successful applications for temporary injunctive relief (TROs and temporary injunctions).

He has been recognized by attorneys across the United States, making the list of the Best Lawyers in America 2020 for commercial litigation. Mr. Bates is a former partner at Yetter Coleman LLP and was formerly Of Counsel at Schwartz, Junell, Greenberg & Oathout, LLP.   He holds a Certificate in Advanced Arbitration Skills from the A.A. White Dispute Resolution Center of the University of Houston Law Center.

Representation in Nevada state court of a plaintiff mining company in a fraud and breach of contract case against a worldwide engineering firm, resulting in a $137 million jury verdict and $101 million settlement (the largest actual damages verdict and settlement in Nevada history).

First-chairing a two-week AAA arbitration over alleged construction defects in a $100 million residential masonry high-rise in downtown Houston, and on behalf of the masonry subcontractor, achieving a take-nothing award on general contractor’s claims, a significant recovery on our client’s claims, and attorney fees.

First-chairing a lawsuit by CenterPoint Energy’s pipeline group against two insurance companies, over the insurers’ failure to reimburse CenterPoint for losses incurred during construction of a lengthy underground natural gas pipeline.  Trial occurred in February 2011 in federal court in Houston, before a jury.  Mr. Bates and his team achieved a unanimous jury verdict for $3.275 million (the full cost of CenterPoint’s insurance claim after deductible) and eventual judgment for $4.3 million including attorney fees.  According to VerdictSearch, this outcome was among the Top 10 contract verdicts in Texas for 2011.

First-chairing the defense of a Fortune 10 company being sued in a $25 million breach of warranty and DTPA case involving oilfield tools and achieving very favorable pretrial settlement.

First-chairing the defense of the Oil & Gas division of a Fortune 10 company, in a suit involving allegations of $33 million of damages due to alleged breach of contract and business torts and involving complex issues of legacy contracts and successor liability.  Settled the case on the eve of trial on extremely favorable terms.

First-chairing the defense of the Oil & Gas division of a Fortune 10 company being sued in a $240 million fraud case involving oilfield tools, resulting in obtaining an indemnity from a co-defendant a month before trial, followed by a non-suit by plaintiff just two weeks from trial and on the same day plaintiff would have had to respond to our pending motion for summary judgment, and then being asked to join the remaining defendant’s trial team, which secured a settlement in the fourth week of trial of less than 1% of damages sought.

Heading the legal team in a $40 million ad hoc arbitration involving a dispute between a national pipeline company and an international compression company, involving allegations of breach of contract and fraud, and achieving a nearly full-value pre-trial settlement, against a team of lawyers from another of Houston’s best-known litigation firms.

First-chairing the defense of a prominent regional pipeline company being sued in an $8 million fraud and theft case.  After a bench trial, the judge entered a take-nothing verdict for plaintiff; full award of the counterclaim filed by Mr. Bates’ client ($600,000+), as well as the full attorney fees sought ($350,000).

First-chairing defense against claims prosecution of a $6 million lawsuit in which Mr. Bates’ client, a prominent regional pipeline company, sued its subcontractor on declaratory judgment for failure to perform, and achieved full victory on summary judgment in state court.

First-chairing an AAA arbitration on behalf of a national natural gas and electric company in a breach of contract dispute with a major soft drink bottling company over a high-six figure dispute.

First-chairing AAA arbitration on behalf of the claimant and obtaining a high-six figure award against the claimant’s former investment advisor for professional negligence.

First-chairing the bench trial of a negligent misrepresentation case in Colorado on behalf of a Canadian citizen seeking lost investment damages against U.S. and Canadian defendants.

Mr. Bates is admitted to practice before all state and federal courts in Texas and the United States Supreme Court.   He has been admitted pro hac vice in several other states (Oklahoma, Colorado, New York, Arizona, California) as well as several foreign countries (Australia, New Zealand, Norway).