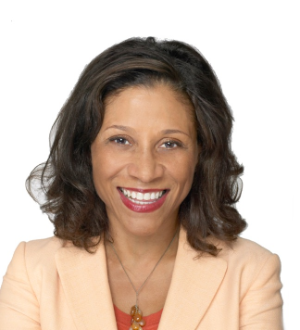 Shawn Holley is a partner at Kinsella Weitzman Iser Kump & Aldisert LLP, a boutique entertainment and business litigation firm in Santa Monica. She began her career as a Los Angeles County Public Defender, handling hundreds of serious criminal cases from inception to trial. She was the Managing Partner of the Los Angeles office of The Cochran Firm and the head of its national Criminal Defense Section.

With more than sixty trials to her credit, Ms. Holley is the rare trial attorney who practices in the areas of both civil and criminal litigation. She was a highly visible member of the O.J. Simpson defense team and worked closely with Mr. Cochran on a number of high-profile civil and criminal cases when the firm was known as The Law Offices of Johnnie L. Cochran, Jr.

Ms. Holley was chief legal correspondent for the E! Network and was a featured legal analyst on its nightly coverage of the Michael Jackson trial which was broadcast internationally. Ms. Holley was the on-air legal analyst for KABC Eyewitness News in Los Angeles for several years and has appeared on the Today Show, Good Morning America, PrimeTime Live, Court TV, Fox News and CNN. She was a featured lawyer on Fox TV’s Power of Attorney for two seasons and the judge on MTV’s The Verdict.

For the past 20 years, Ms. Holley has taught trial advocacy at Cardozo Law School’s Intensive Trial Advocacy Program at Yeshiva University in New York City. She is a frequent speaker on high-profile litigation, women in the law and the representation of “celebrity” clients.

Ms. Holley is a Los Angeles native who attended the University of California, Los Angeles and Southwestern University School of Law. She is married to Dorian Holley, a prominent and well-known vocalist and vocal director. They have three daughters Nayanna, Sasha and Olivia. She is a lover of books, music and SoulCycle.