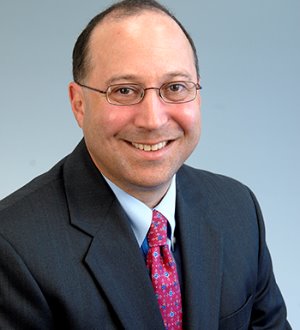 Recognized by Best Lawyers® since 2019.
2507 Post Road Southport, Connecticut 06890
(203) 319-7100
|
Firm: Brody Wilkinson PC
|  Website
Edit Profile
Edit Your Profile
To edit your Lawyer Directory information, please login to your
Best Lawyers® Admin Account.
If you have any questions or need assistance, please contact us at info@bestlawyers.com or 803.648.0300.
Overview
Firm

Mr. Cooper frequently plays an active role in assisting with the structure of the business relationship among an entity’s principals, in addition to negotiating and documenting the business relationship. Mr. Cooper’s early career focused on handling commercial bankruptcy and insolvency matters.  Consequently, Mr. Cooper is able to bring an insightful asset protection perspective to a deal structure. As tax considerations often play an important role in structuring a business sale, investment, or start-up venture, Mr. Cooper works closely with the Brody Wilkinson tax attorneys to make sure the most tax efficient business structure is achieved.  His clients include both individuals and entities, including high net worth individuals with family offices, whom he assists with an array of transactional and general corporate matters. In addition to regularly advising businesses and handling real estate matters, Mr. Cooper leads the firm’s Art, Antiques & Collectibles practice where he represents collectors, dealers, artist estates, museums, auction houses and galleries.  Mr. Cooper is a Martindale-Hubbell AV-rated attorney.

Mr. Cooper is admitted to practice in Connecticut and the U.S. District Court for the District of Connecticut.  He is a member of the Connecticut, American and Greater Bridgeport Bar Associations.  Mr. Cooper has been selected for inclusion in “The Best Lawyers in America©” in the field of Real Estate Law since 2019. He has also been recognized as a "Connecticut Super Lawyer" in the area of Real Estate Law since 2019. He received his B.A. from the University of Richmond in 1985.  He received his J.D., cum laude, from New England School of Law in 1991, where he served as managing literary editor of the law journal.