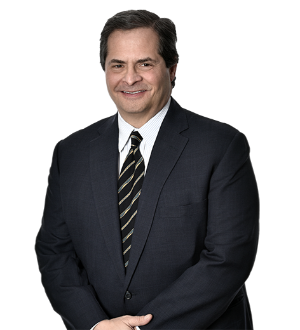 Scott Mendeloff combines an 11-year tenure as a former federal prosecutor with more than 19 years of experience in private practice. He focuses his practice on commercial trials and white collar criminal litigation. Scott has been consistently recognized by Chambers USA in the area of commercial litigation and by Leading Lawyers in the areas of commercial and white collar litigation. Scott has tried to conclusion more than 50 cases in a wide array of areas in both the civil and criminal arenas in federal and state courts around the country.

Beyond trial work, Scott has delivered results in the commercial and white collar areas alike. In addition to the foregoing areas, his commercial litigation experience has involved the prosecution and defense of actions in areas including D&O actions, accountant's liability, SEC investigations, antitrust violations, civil RICO, state and federal banking regulation, securities, and a variety of federal and state regulatory cases. Scott's white collar practice has spanned all manner of fraud cases, including health care, bank, tax and bankruptcy fraud; the Foreign Corrupt Practices Act; federal, state and local regulatory matters, including nuclear regulatory and environmental law; numerous internal investigations, frequently centering on the financial industry; and the creation and policing of corporate compliance programs.

From 1986-1997, Scott served in the U.S. Department of Justice, during which time he tried more than 40 cases to federal juries and supervised hundreds of investigations. In 1996-1997, he served as one of the primary trial lawyers in the prosecution of Timothy McVeigh for the Oklahoma City bombing. Prior to that, Scott supervised the Criminal and Special Prosecutions Divisions of the Chicago U.S. Attorney's Office and focused on complex financial crime and public corruption prosecutions, where his jury trial convictions included four cases against former Cook County Circuit Court Judges. The Justice Department awarded Scott the Attorney General's Award, the Director's Award and other commendations.