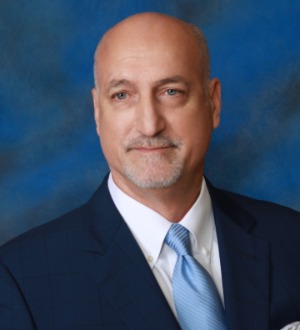 Mr. McMillen practices with two law firms in Florida.  He founded McMillen Law Firm in 1988, which continues to actively represent malpractice victims in Florida and Georgia, and in December 2020 he also became Senior Counsel (sometimes referred to as “Of Counsel”) to the law firm of Paul Knopf Bigger, PLLC, working exclusively on medical malpractice claims within that law firm also.

Mr. McMillen received his Doctor of Law degree from Emory University in 1979 and his B.S. in 1976 from Florida State University, majoring in Government. He has been licensed to practice law in Florida since 1980, and in Georgia since 1979.

Mr. McMillen has been recognized in the last 3 editions of Best Lawyers in America® in the specialty of medical malpractice.  Recognition by Best Lawyers is based on peer-review surveys and the method used is designed to obtain the consensus opinion of leading lawyers about the professional abilities of their colleagues within the same geographical region and legal practice area.

Mr. McMillen has been rated as a SUPER LAWYER® by Thomson Reuters.  The patented selection process to be chosen by SUPER LAWYERS® includes independent research, peer nominations and peer evaluations. Thomson Reuters Corporation is a large multi-national corporation.

McMillen has achieved an AVVO rating of “Superb – 10 out of 10.″ This also is the highest score given. In the Avvo system, all lawyers are rated by the exact same standards using a mathematical model to ensure that the rating system is completely unbiased. As with the Martindale-Hubbell ratings, there is no rating favoritism and lawyers cannot pay to be rated or pay to improve their rating.

For over 20 years Scott McMillen authored the medical malpractice law column in the Journal of the Florida Justice Association which is published monthly and distributed to attorneys statewide.  Together with his attorney daughter, Allison C. McMillen, he co-authored the section in the Florida Medical Malpractice Handbook, Second Edition, published by The Florida Bar Association in 2009. Other important malpractice publications by Mr. McMillen include “The Overlooked Emergency Room Cause of Action” Vol. LXXI, No. 10 The Florida Bar Journal (Nov. 1997), and “The Medical Malpractice Statute of Limitations” Vol. LXX, No. 2 The Florida Bar Journal (Feb. 1996).