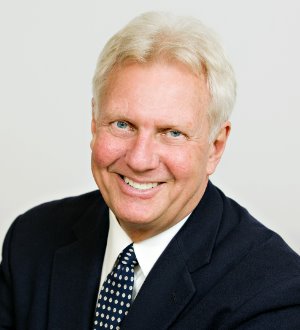 Scott M. Borene, Managing Attorney and President of the firm, was born in Minneapolis. He attended Harvard University in Cambridge, Massachusetts as a National Merit Scholar. After his graduation from Harvard, he attended William Mitchell Law School in Minnesota. Since establishing his law practice in 1979, he has had more than 30 years of immigration law practice experience.

From 1997 to 2003, Scott Borene served as elected Director and Member of the Board of Governors of the American Immigration Lawyers Association (AILA). From 2000 to 2002, he was National Chair of the INS Nebraska Service Center Liaison Committee. In 1999, he was appointed as the National Chair of AILA's INS Headquarters Adjudications Liaison Committee. In 2000, he was selected to receive a President's Commendation Award "For Setting a New Standard in INS Headquarters Liaison."

In 2002, and again in 2004, he was selected as Conference Chair of AILA’s Global Immigration Summit, the world’s largest conference of global immigration lawyers, in New York City. In 1995, Scott Borene was selected as Chair of the AILA 1996 National Conference Program Committee, responsible for selecting the expert speakers and topics for the AILA Annual Conference, the world’s largest immigration law conference. Scott Borene served two terms (1992-1994) as AILA Chair for the Minnesota-Dakotas Region. He has also served as Chair of the F-1 Students National Liaison Committee, and as a Member of the USIA Liaison Committee. In 2003, NAFSA: Association of International Educators awarded to Scott Borene its NAFSA “Distinguished Service Award.”

In 1981, he represented the petitioner in the successful appeal of the Crystal Shamrock employment-based immigration case, obtaining a very favorable decision for the U.S. employer and the international worker. Other leading immigration attorneys have described Crystal Shamrock as "the best decision" they have seen on the critical issue of "business necessity" in Labor Certification cases.

Mr. Borene taught Business Law and Economics at the Minnesota School of Business. He has also served as an Editor of appellate court cases for the leading legal publisher in America, the West Publishing Company, and he was Executive Editor of the Minnesota Law Journal.

He was the sole immigration speaker for the American Law Institute – American Bar Association (ALI-ABA) Course of Study: “Going International - Fundamentals of International Business Transactions,” at Stanford University Law School in Palo Alto, California, in 1999. In 1996 and 2001, he was invited to contribute the lead article on United States Immigration Law to the first and third editions of An International Who’s Who of Corporate Immigration Lawyers.

He has been an invited expert speaker at AILA National Conferences on many topics since 1993, chairing the sessions "How to Get the Government Interested - Advanced IGA J-1 Waivers" in 2015, "E Visa Practice" in 2012, “Global Immigration” in 2009 and 2005, “H-1 Work Visas” in 2008, “Outbound Immigration Options” in 2007 and 2003, “Professors and Researchers” in 2006 and 2002, “Educational Commission for Foreign Medical Graduates (ECFMG)” in 2004, and "INS Service Centers" in 2002,  "Consular Processing Practice Roundtable" in 1998, and speaking on "Going Global: Delving into Outbound Immigration Matters" in 2011,"F-1 Students" in 1997 and 1999, "Going Global: Temporary Work Permit/Visa Options Around the World" in 1996, "Nurses" in 1995, "Extraordinary and Exceptional Ability and National Interest Waivers" in 1994 and "Medical Personnel - Physicians, Nurses and Allied Health Occupations" in 1993. In 2003, Scott Borene was an invited expert at the NAFSA National Conference speaking on "Advanced Issues in Permanent Residence."