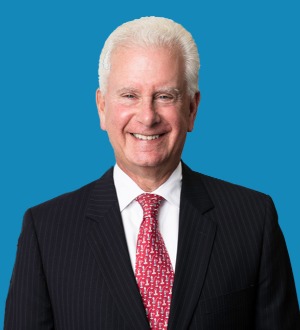 For more than forty years, Mr. Hazan has specialized in all aspects of bankruptcy throughout the country, including representing creditors' committees in many major chapter 11 cases in a wide variety of industries. These cases include Kmart, Macy's, Northwest Airlines, US Airways (I and II), Caldor Department Stores, BiLo Supermarkets, Ames Department Stores, Venture Stores, Natrol, Quiznos, Sbarro I, Penn Traffic (I and II), Terrestar Networks, Warnaco, Fruit of the Loom, Biderman Industries, Readers Digest (I and II) and Rotech Healthcare.

Mr. Hazan has been designated by Turnaround & Workouts numerous times as one of the Outstanding Bankruptcy Lawyers in America and selected for listing in every edition of the K&A Restructuring Register as one of America’s Top 100 restructuring professionals. He has also been listed numerous times in Chambers USA—America’s Leading Lawyers for Business and Chambers Global (as one of the World’s Leading Lawyers), in multiple Marquis Who’s Who publications, in Super Lawyers (bankruptcy), and in New York Magazine (top New York lawyer in bankruptcy). He appears in every edition of The Best Lawyers in America, of Guide to the World’s Leading Insolvency & Restructuring Lawyers, of Practical Law Company’s Which Lawyer editions (restructuring and insolvency), and of Corporate Counsel's Top Lawyers (bankruptcy and creditor-debtor rights). Mr. Hazan also earned an “AV Preeminent Peer Rating,” Martindale-Hubbell's highest recognition for ethical standards and legal ability.