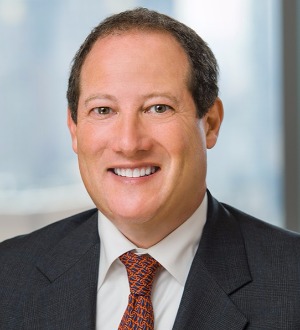 Scott D. Musoff represents financial institutions, corporations and individuals in federal and state trial and appellate courts, as well as in arbitration proceedings.

Mr. Musoff has extensive experience in securities and other complex commercial litigation. He has represented, among others, Merrill Lynch & Co., Inc. and Société Générale in litigation relating to subprime and other matters. He was named Am Law Litigation Daily’s “Litigator of the Week” for his role in the dismissal of a Section 10(b) shareholder class action against Société Générale. Mr. Musoff also represented Canadian Imperial Bank of Commerce in the dismissal of a putative class action suit alleging that CIBC and its officers misled investors about CIBC’s exposure to CDOs backed by subprime residential mortgages. Mr. Musoff won summary judgment in favor of Merrill Lynch in what was termed a “landmark” case addressing the interpretation of credit default swap agreements with a monoline insurer. He was also a member of the team that represented Merrill Lynch before the United States Supreme Court in the first case in which the court addressed the provisions of the Securities Litigation Uniform Standards Act of 1998.

He also has advised underwriters and issuers in securities litigation around the country, including Research In Motion; Bank of America; Sprint; Tower Semiconductor Ltd.; APAC Teleservices, Inc.; and CIBC. He has successfully argued motions to dismiss federal securities class actions brought against Research In Motion Limited (now known as Blackberry Limited) and Travelzoo. Mr. Musoff also was the lead trial lawyer in a 29-day arbitration brought against a major brokerage firm, resulting in a favorable verdict.

Additionally, Mr. Musoff has done a substantial amount of pro bono work. Among other successes, he won the largest known federal jury verdict in a housing discrimination case against a New York City cooperative. He also successfully defended against the enforcement of a German judgment in New York brought to recoup costs for repairs to a Berlin property that the client’s family was forced to leave behind in escaping the Holocaust.

Mr. Musoff was profiled as one of the “10 Most Admired Securities Attorneys” byLaw360, which also named him to their Securities Editorial Advisory Board and as one of its “2012 Securities MVPs.” He repeatedly has been selected for inclusion inChambers USA: America’s Leading Lawyers for Business, The Best Lawyers in Americaand Lawdragon 500 Leading Lawyers in America. He also was named “Best Lawyers’ 2014 New York City Litigation - Mergers & Acquisitions Lawyer of the Year.” Mr. Musoff is a member of Skadden’s Policy Committee, which is the firm’s governing body. In 2011, he received the James H. Fogelson Young Leadership Award by the UJA-Federation of New York for his commitment to the Jewish community and service to the organization.