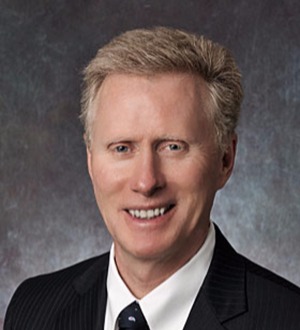 Scott A. Parsons is a highly skilled partner with O’Connor, Parsons, Lane & Noble, LLC. He has been in practice since 1984 and has been recognized as one of the preeminent attorneys in the law profession. He has been named in Best Lawyers in America (from 2007 to the present), and was named in 2013 as Lawyer of the Year in plaintiffs’ medical malpractice for the Newark area. He has also been named as a Super Lawyer by New Jersey Monthly Magazine (Super Lawyer section, 2006 to the present) and has consistently been designated as one of the Top 100 Attorneys in New Jersey.

Mr. Parsons is a specialist whose practice focuses on high level plaintiffs’ personal injury matters including signi?cant automobile negligence cases as well as medical malpractice cases. In addition to many others, he was co-counsel and settled a case for $15 million, where a medical center failed to perform a necessary heart surgery on an infant with catastrophic consequences. He also was co-counsel on a $14.9 million case where a baby did not receive a much-needed blood transfusion, causing cerebral palsy. This was the No. 1 case for 2015 in settlements of its kind as reported in The Law Journal. Mr. Parsons represented a plaintiff in a railroad accident that resulted in a $6 million settlement. He also won a pivotal $6 million verdict on a medical malpractice case involving an improper pain injection, which created new case law in New Jersey that has substantially helped plaintiffs’ attorneys secure larger verdicts on behalf of their clients. He successfully represented a two year old who was injured due to an ill-designed maze-like school fence that prevented the mother from retrieving her toddler before he was hit by a car ($3 million settlement).

In 2012, Mr. Parsons received the Professionalism Award of the Year from the respected Trial Attorneys of New Jersey (TANJ) organization. In addition, New York Magazine has listed him as one of the Best Lawyers for the New York area including New York, New Jersey and Connecticut (2008 to the present). He has the highest AV rating from Martindale-Hubbell, being AV Peer Review Rated with the highest recognition for ethical standards and legal ability. Further, he has been certi?ed by the New Jersey Supreme Court as a Certi?ed Civil Trial Attorney.

He is a member of, and has served as president-elect for, the prestigious American Board of Trial Attorneys (ABOTA), New Jersey chapter. Even more, in line with his commitment to give back to the community, he has participated as a faculty member in the ABOTA Trial College at both Princeton and Harvard University. He has also participated in the ABOTA Masters in Trial program. He is a frequent faculty member and lecturer for both TANJ and the Continuing Legal Education Programs.

Adding to his list of numerous achievements, in 2013 Mr. Parsons became a Fellow of the esteemed American College of Trial Lawyers (ACTL), one of the most prominent legal associations in the country. Further, he is a vice-chair of the organization. By invitation only, the membership is extended to the ?nest attorneys in the United States and Canada after a minimum of 15 years’ trial experience, and only to trial lawyers who have both “mastered the art of advocacy” and demonstrated professional careers with the “highest standards of ethical conduct, professionalism, civility and collegiality.” Of note, Fellowship in the College cannot exceed one percent of the lawyer population in any state or province.

Most recently, Mr. Parsons received the Highly Prestigeous 2016 Trial Bar Award from TANJ (Trial Attorneys of NJ) and also became the President of the ABOTA (American Board of Trial Attorneys).  In addition, Mr. Parsons ran a two day seminar (Trial Institute) in July 2016 for trial attorneys on behalf of ACTL (American College of Trial Lawyers).  This seminar was devoted to helping trial attorneys learn how to try a better case.