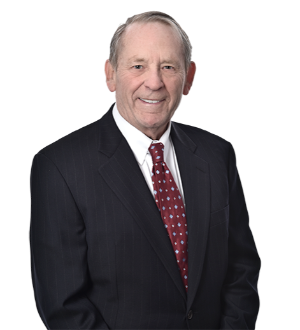 Years In Practice
Phone Number (312) 456-8400
Samuel K. Skinner has had a career in both the governmental and private sectors. As Of Counsel to the firm, he consults with clients in a variety of areas, including strategizing on complex litigation matters, state and federal regulatory matters, governmental matters, transportation issues, and corporate governance.

Mr. Skinner is the retired Chairman, President and Chief Executive Officer of USF Corporation, one of the nation's leading transportation and logistics companies. During each year that he served as CEO, the company was recognized by Fortune magazine as one of America's most admired companies. From 1993-1998 he served as President of Commonwealth Edison Company and its holding company Unicom Corporation (now Exelon), one of the country's largest utilities.

Prior to joining Commonwealth Edison, Mr. Skinner served as Chief of Staff to President George H. W. Bush. As Chief of Staff, he coordinated the activities of numerous cabinet departments and administrative agencies reporting to the President. Prior to his White House Service, he served in the President's Cabinet for nearly three years as Secretary of Transportation. In that capacity, he served as Chief Executive Officer of a Department with a budget of more than $30 billion and a workforce of 105,000 people. As Secretary, Mr. Skinner was credited with numerous successes, including the development of the President's National Transportation Policy and the development and passage of landmark aviation and surface transportation legislation. He also developed our country's "Open Skies" policy which liberalized U.S. international aviation policy and significantly increased the number of international flights to and from the U.S. In addition, Mr. Skinner acted as the President's point person in numerous crisis situations, including the 1988 terrorist bombing of Pan Am Flight 103 over Lockerbie, Scotland, the Eastern Airlines strike, the Exxon Valdez oil spill, the northern California earthquake, Hurricane Hugo, and the 1991 national rail strike. Washingtonian magazine twice gave Mr. Skinner its highest ranking for his performance as Secretary of Transportation and he has also received numerous awards from the transportation industry.

Mr. Skinner has spent more than 45 years in the legal profession. In 1975, President Gerald R. Ford appointed him the United States Attorney for the Northern District of Illinois, one of the few career prosecutors ever to hold that position. In this position, he managed one of the Department of Justice's largest and most respected field offices.

While in the U.S. Attorney's office, Mr. Skinner investigated and successfully litigated various complex financial fraud, official corruption, and civil rights cases, including the trial of United States Circuit Judge Otto Kerner. He also was in private practice at two large Chicago law firms where he held positions of leadership.   While practicing law, Mr. Skinner also served as Chairman of the Regional Transportation Authority of northeastern Illinois, the nation's second largest mass transportation district. In this capacity, he developed the RTA's first strategic plan that was used as a blueprint for a multi-billion dollar service expansion and capital development program.

Upon graduation from college, Mr. Skinner held various sales and management positions with the IBM Corporation where he was selected as one of their three Outstanding Salesmen of the Year Nationwide in 1967.

In 2005, Mr. Skinner was appointed by President George W. Bush to be a member of the Base Realignment and Closure (BRAC) Commission. The Commission was charged with making determinations regarding which of the nation's more than 400 military facilities would remain active and which were to be closed.