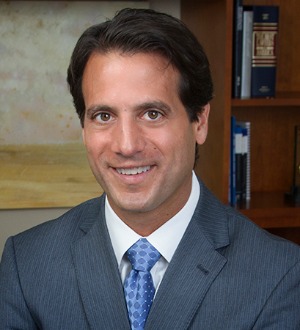 One of "Washington's best -- most honest and effective -- lawyers" and a "Big Gun" and among the "top 1%" of all Metro area attorneys. Washingtonian Magazine (2007 - present)


Salvatore Joseph Zambri, a founding member and senior partner at Regan Zambri Long PLLC, is a premier consumer justice attorney, who dedicates his practice to representing seriously injured victims of medical negligence, truck and automobile collisions, wrongful death, defective products, work-related injuries, and other catastrophic injury matters. Mr. Zambri is board-certified in Civil Trial Advocacy by the National Board of Trial Advocacy. Selected by his peers, Mr. Zambri served as President of the Trial Lawyers Association of Metropolitan Washington, D.C., an association that consists of the leading trial lawyers in the Washington metropolitan area.

Mr. Zambri is repeatedly acknowledged as one of the most effective and honest trial attorneys in the nation. He has written and lectured extensively in the field of personal injury law, and he is regularly sought after by local and national attorneys to give seminars on how to effectively litigate serious personal injury cases. In addition to teaching lawyers, he has also been an Adjunct Professor of Law, having taught Advanced Federal Civil Practice and Procedure. Mr. Zambri is routinely asked by television, radio, and print media to present expert opinions about hot-topic areas of law. He has received many awards and honors for the results he has achieved for his clients, and has been nominated and selected for many leadership positions given his expertise and experience.

Mr. Zambri devotes a substantial amount of time to pro bono and charitable community activities. His mission is shared by his firm: obtain justice for the injured and safety improvements for all Americans.

Experience and Recognitions:
"Trial Lawyer of the Year 2011", selected by the Trial Lawyers Association of Metropolitan Washington, D.C.;
25 years of Civil Trial Experience in all Washington Metropolitan area courts;
Board-Certified Civil Trial Attorney, National Board of Trial Advocacy - recognized as an attorney with special knowledge, skill, experience, and proficiency;
Past-President of the Trial Lawyers Association of Metropolitan Washington, DC;
Selected as one of the "Best Lawyers in America" by Best Lawyers (2002 - present) -- widely regarded as the definitive guide to the leading lawyers in the country;"DC Super Lawyer", Super Lawyer Magazine (2009 - present) - a publication that rates the best (top 5%) lawyers that practice in the DC area;
A "Big Gun" and among the "Top 1%" of the more than 80,000 attorneys that practice law in the Metropolitan area (Washingtonian Magazine, 2007-present);
One of "Washington's best -- most honest and effective -- lawyers" (Washingtonian Magazine, 2007-present);"
AV Preeminent Rated" (most superior rating), Martindale-Hubbell -- recognition by peers as "best in both legal ability and ethical practice";
"Who's Who in America", (Strathmore, 2000 -);
"Who's Who in America", (Continental, 2010);
Former Adjunct Professor of Law--taught Advanced Federal Practice and Procedure;
Past Chair, Tort Law Section of the DC Bar Association (elected by peers);
Lectures to doctors, medical students, lawyers and students regarding medical malpractice litigation, patient safety, and medical errors;
Lectures attorneys and law students regarding "How to Litigate in DC Superior Court and Local Federal Courts";
Authored many publications regarding civil trial practice;
Authored chapter of nationally renowned book regarding product liability litigation;
Elite record of notable case resolutions and trial successes.

Community Activities: In addition to his active trial practice, Mr. Zambri takes a leadership role in the legal community and community at large, educating people about their rights and promoting safety in a variety of ways, such as the following: