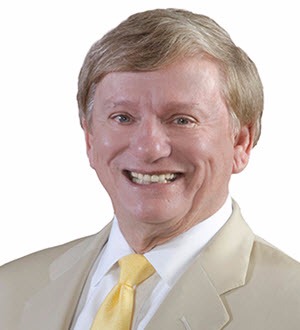 Acclaimed Texas trial lawyer Rusty Hardin is the founder and name partner of Houston’s Rusty Hardin & Associates, LLP, accomplished in both complex civil matters and significant criminal cases. Mr. Hardin has more than 40 years of litigation experience, beginning his career as an assistant prosecutor in Houston’s Harris County in 1975.

Since entering private practice in 1991, Mr. Hardin has tried over 70 jury trials, fairly evenly split between civil and criminal cases. His clients have been as varied as Arthur Andersen in both civil and criminal cases; Dow Jones, for whom the firm won a new trial in the face of the largest libel verdict in history; the J. Howard Marshall II estate in the nationally followed probate trial involving claims made by Anna Nicole Smith; ExxonMobil Corp.; Rice University; Las Vegas Sands; and a lengthy roster of professional athletes that includes Roger Clemens, Wade Boggs, Warren Moon, Rudy Tomjanovich, Calvin Murphy and Adrian Peterson.

Mr. Hardin also has a lengthy track record of independent investigations involving highly sensitive matters. He served as chief trial counsel for Independent Counsel Robert Fiske and his successor Kenneth Starr in the Whitewater investigation. And more recently, he led a politically fraught investigation into the actions of a University of Texas System Regent for a Texas legislative committee.

Mr. Hardin has earned many accolades over the years, earning a place on The National Law Journal’s list of The 100 Most Influential Lawyers in America in 2013 and profiled as a “Trial Ace” by Law360 in 2015. He was named one of the "25 Greatest Texas Lawyers of the Past Quarter-Century" by Texas Lawyer in 2010. He has been selected a Fellow of the American College of Trial Lawyers and inducted into the International Academy of Trial Lawyers. He is a member of the American Board of Trial Advocates (ABOTA). Since 2009, Hardin has served on the Texas Supreme Court Advisory Committee.

A native of North Carolina, Hardin received his undergraduate degree from Wesleyan University in Middletown, Connecticut, and his J.D. from Southern Methodist University in Dallas, Texas.