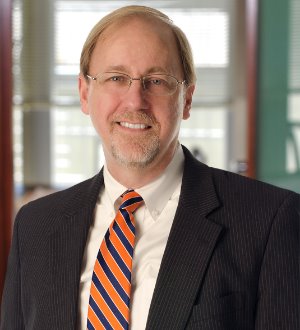 My principal practice is in complex business litigation. I have been with Nexsen Pruet for thirty years - 23 as a partner. My clients include investors, health care providers, and manufacturers involved in antitrust, breach of fiduciary duty, reimbursement, and contract disputes.

For the last twelve years I've worked extensively on class action cases in various industries. Most recently, I was co-lead counsel in In re International Textile Group Merger Litigation. The case was against private equity financier Wilbur Ross and his investment company relating to a merger of two companies that he controlled. We alleged that Mr. Ross and his colleagues on the board violated their fiduciary duties to the company and to the minority shareholders, and that the merger ratio was not fair under Delaware law. We represented both the company in a derivative action and the minority shareholders in a class action. I was in charge of expert discovery concerning business valuations and econometric damages modeling. The issues involved discounted cash flow modeling, the application of real option pricing theory to the sale of a business, and statistical modeling related to stock market prices for a thinly traded public company. Ultimately, the consolidated cases settled the week before trial for $36 million in cash and nearly $300 million in debt forgiveness and cancellation of preferred shares.

In addition, I helped defend a nationwide monopolization claim against Monsanto involving Roundup and Roundup Ready products. I then worked with the Nexsen Pruet antitrust team as plaintiff’s lead counsel in Crane v. International Paper and Canal Wood, a class action case alleging a monopsony price fixing conspiracy in the timber industry. The case ultimately settled for $12.4 million. Thereafter, I worked closely with lead counsel in In re Endosurgical Products, an indirect purchaser nationwide class action alleging monopoly bundling in the sutures and endosurgical markets.

These cases typically involve discovery of millions of pages of documents and email, and over the years I have worked with and managed teams of lawyers in electronic discovery using various litigation software platforms.

I have tried over twenty-five cases in state and federal court, and have handled numerous appeals to the South Carolina Supreme Court and Court of Appeals, and to the Fourth and Ninth Circuit Courts of Appeal.