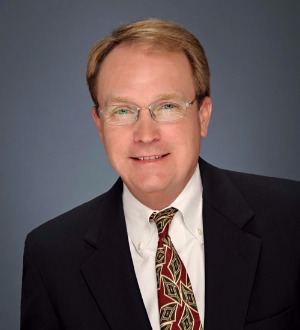 Recognized by Best Lawyers® since 2012.
100 Vestavia Parkway Birmingham, Alabama 35216
(205) 949-2954
|
rallison@carrallison.com
Firm: Carr Allison
|  Website
Edit Profile
Edit Your Profile
To edit your Lawyer Directory information, please login to your
Best Lawyers® Admin Account.
If you have any questions or need assistance, please contact us at info@bestlawyers.com or 803.648.0300.
Overview
Firm

Russell Q. Allison is a founding shareholder of Carr Allison and serves as the firm’s president.  Resident in the Birmingham (AL) office, Russ advises and represents clients in a broad range of businesses with an emphasis on clients in the insurance industry.  Russ is admitted to practice in all state and federal courts in Alabama and before the United States Court of Appeals for the Eleventh Circuit.

Russ sits on the board of the EC Defense Network, which he co-founded in 2016, and is serving a two-year term as president.  He is a member of the American and Birmingham Bar Associations.  He is also a member of the American Judicature Society, the Alabama Defense Lawyers Association and the Federation of Defense Corporate Counsel having previously served two terms as vice chair of the Reinsurance Excess and Surplus Lines Section.

An AV-rated lawyer by Martindale-Hubbell, Russ has been included in the Mid-South Super Lawyers® list since 2008 and The Best Lawyers in America© in the area of insurance law since 2012.  He was chosen as a “Top Flight Lawyer” in 2017 for bMetro magazine.

Russ earned his undergraduate degree from the University of Alabama and his Juris Doctor from Cumberland School of Law at Samford University (AL) where he continues to serve on the Advisory Board.  He is also a member of the Leadership Board of the College of Arts & Sciences at the University of Alabama.  Russ was selected to be a member of Cumberland School of Law’s Judge James Edwin Horton Inn of Court.  Members of the Inn are all Cumberland graduates who are outstanding practitioners and judges.

When he is not working, Russ enjoys going to the lake with his family, cooking and biking.