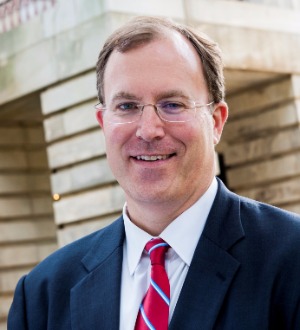 Russell D. Babb was born in Wilson, North Carolina.  He graduated from the University of North Carolina at Chapel Hill, where he was a Morehead Scholar and co-captain of the 1995 Carolina football team.  A four-year starter as an offensive lineman for the Tar Heels, Mr. Babb was also the winner of the 1995 Jim Tatum Award, which is presented each year to the top Senior Scholar-Athlete in the Atlantic Coast Conference.

After college, Mr. Babb entered the University of North Carolina School of Law.  During law school, he participated in the UNC Criminal Law Clinic and served as president of the Phi Delta Phi Legal Fraternity.  After receiving his law degree in 1999, Mr. Babb practiced civil litigation for several years before changing his focus to criminal defense.

In 2014, Mr. Babb was elected to a three year position on the Wake County Bar Association Board of Directors and served on the Wake County Bar’s Strategic Planning Committee, tasked with helping the WCBA and Tenth Judicial District set its goals and visions for the coming years. He has been selected to the 10th Judicial District Grievance Committee beginning 2018. In 2015, Mr. Babb was inducted into the Fellowship of the American Bar Foundation.