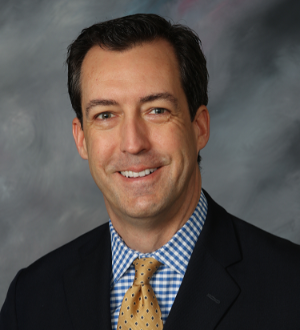 Ron Chapman, Jr. is a member of the firm's five-person Board of Directors, which governs all 44+ offices world-wide. He is Board Certified in labor and employment law by the Texas Board of Legal Specialization.  Mr. Chapman represents employers in all areas of labor and employment law, including employment agreements and policies, discrimination, harassment, retaliation, wage and hour, non-competition and non-disclosure covenants, leaves of absence, unfair labor practices, union campaigns, collective bargaining, and workplace safety issues.  He has defended clients in over 25 states and the U.S. Virgin Islands, including class and collective actions.  Mr. Chapman also provides counseling to HR professionals and business owners, helping them navigate both legal and practical considerations.

Mr. Chapman is listed in The Best Lawyers in America.  In 2010, Employment Law360 named Mr. Chapman one of the nation’s ten “Rising Stars” in employment law, based on his “out-of-this-world approach to client service,” noting four key components: “a competitive rate or fee arrangement, a high degree of efficiency in performing the work, extreme responsiveness, and great results.”  Chambers USA lists him as one of the country’s “Leading Lawyers,” Texas Monthly consistently names him a “Super Lawyer,” D Magazine recognizes him as one of the “Best Lawyers in Dallas,” and the Dallas Business Journal has named him a “Top Corporate Defender.”  Representative clients include FedEx Office, Fossil, GameStop, Hertz, Mary Kay, Omni Hotels, Raytheon, Texas Instruments, and Valero.

Multiple publications have relied on Mr. Chapman as an expert on employment law issues, including the Wall Street Journal, Bloomberg Businessweek, Inc.com, National Law Journal, Dallas Morning News, and Dallas Business Journal.  Mr. Chapman also has participated on multiple radio shows as an expert on labor and employment law issues and is a frequent speaker at seminars, routinely receiving positive reviews for his ability to explain complex issues in a straightforward manner.

Employment Law360 has twice named Mr. Chapman to its 12-member Advisory Board, the Litigation Counsel of America selected him as a Fellow, and Martindale-Hubbell gives him its highest AV rating.  He is a certified “Yellow Belt” in Legal Lean Sigma, a project management tool used to eliminate any task or function that does not add value to clients.  Pursuant to an appointment by the Mayor of Dallas and the City Council, Mr. Chapman served as Chairman of the city’s Civil Service Board, which considers personnel disputes concerning city employees.  He is a past Chairman of the North Dallas Chamber of Commerce, leading it to the most successful financial year in its then 53-year history.