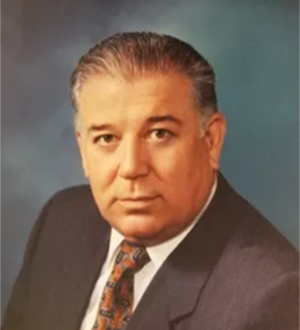 Ronald L. Fein is the sole practitioner in RL Fein, Inc. For nearly two decades, Mr. Fein was a senior shareholder of Stutman, Treister & Glatt.  He was admitted to the California bar in 1970  Mr. Fein began his legal career as a corporate lawyer with Gibson Dunn & Crutcher until he was appointed as the youngest Chief Deputy Commissioner of the California Department of Corporations by Governor Edmund G. Brown, Jr. in 1975.  Thereafter, he became the firm-wide Chairman of the Mergers and Acquisitions and Corporate Finance Section and served as a member of the firm-wide Administrative Committee of Jones, Day Reavis & Pogue, one of the world's largest multinational law firms, and ultimately migrated to Stutman Treister & Glatt in 1991.

Mr. Fein as an accomplished Securities, Real Estate Finance, M&A and Securities lawyer, with over 50 years of experience, utilizes that experience with all forms of Business Combinations, Restructurings, Corporate and Real Estate financings, Start-Ups, Entrepreneurial formations, and capital raising, regulatory advice, private offerings, public financings, and intellectual property matters in a general broad public and private company corporate, real estate and securities practice and also uses that experience to analyze the circumstances attendant to such matters for buyers, sellers, debt and equity holders and committees and debtors in the troubled company environment.

Mr. Fein has numerous awards in his field and has been named in the Best Lawyers in America for 37years, since its first publication in 1983, and is presently listed in the Corporate Law Section for  Corporate, Mergers and Acquisitions, Securities/Capital Markets, Securities Regulation, and Bankruptcy and Creditor Debtor Rights/ Insolvency and Reorganization Law; and also has been named in Who's Who in the World, Who's Who, and Who's Who in America and Who's Who in American Law since 1984.  Los Angeles Magazine and Law & Politics magazine has named Mr. Fein a Southern California Super Lawyer for many years.

Mr. Fein has served as a Director and as a Board of Director's observer for public and private companies.