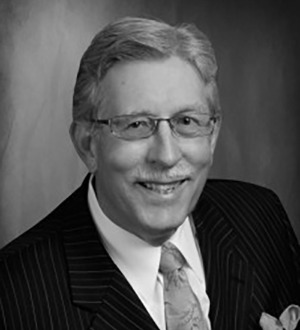 Recognized by Best Lawyers® since 2015.
375 Southpointe Boulevard, Suite100 Canonsburg, Pennsylvania 15317
(724) 776-8000
|
Firm: The Lynch Law Group, LLC
|  Website
Message
Edit Profile
Edit Your Profile
To edit your Lawyer Directory information, please login to your
Best Lawyers® Admin Account.
If you have any questions or need assistance, please contact us at info@bestlawyers.com or 803.648.0300.
Overview
Firm

Roger J. Ecker is a litigation attorney at The Lynch Law Group. He has been practicing law for more than 50 years. Shortly after beginning his legal career, Roger served as an Assistant District Attorney in Washington County.

He served as legal counsel in Stevenson v. Commonwealth of Pa., a class action that successfully challenged in the Supreme Court certain practices of the Pennsylvania Lottery Commission. Roger’s interest in litigation developed during this time and he remains active in civil litigation and in business-related matters.

Roger has litigated numerous cases in diverse oil, gas, and mineral law issues in both state and federal courts in Western Pennsylvania, representing both plaintiffs and defendants in complex litigation. These issues have involved injunctions, quiet title actions, declaratory judgments, as well as regulatory and zoning matters before various state and local municipalities, and the construction of mining facilities, gas compressor stations, and pipeline facilities.