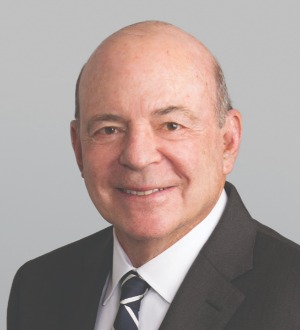 More than 40 years ago, Roger Zuckerman founded Zuckerman Spaeder. With his efforts, and those of many others, it has become one of the most respected litigation boutiques in the country.

In his wide-ranging career, first as Assistant U.S. Attorney prosecuting lengthy and serious criminal cases in the District of Columbia and thereafter in private practice, Roger has been involved in some of the most significant civil and criminal cases in the country over almost five decades.

Roger has appeared in numerous trials around the country, some lengthy (the longest being nine months). He served as an Assistant U.S. Attorney for the District of Columbia, where he tried numerous cases to juries and served as the deputy and acting chief of the Appellate Section. He was a principal prosecutor in two of the longest conspiracy prosecutions (at that time) brought in the District of Columbia, winning convictions in both (in the aggregate against almost 50 defendants). In recognition of his work in these cases, the Department of Justice awarded him the Assistant U.S. Attorney’s Award for Distinguished Performance.