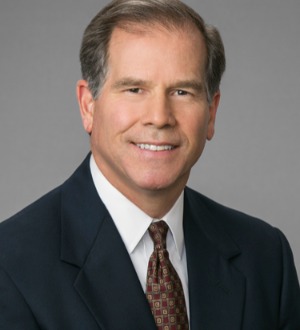 Recognized by Best Lawyers® since 2015.
700 Louisiana Street, Suite 2300 Houston, Texas 77002
(713) 547-9100
|
Firm: Hicks Thomas LLP
|  Website
Edit Profile
Edit Your Profile
To edit your Lawyer Directory information, please login to your
Best Lawyers® Admin Account.
If you have any questions or need assistance, please contact us at info@bestlawyers.com or 803.648.0300.
Overview
Firm

Board Certified in Civil Trial Law by the Texas Board of Legal Specialization, Robin Harrison has focused his practice on representing both plaintiffs and defendants in trial and resolution of business disputes for more than 35 years. He has extensive experience handling cases involving breach of contract, breach of fiduciary duties, misappropriation of trade secrets, fraud and misrepresentation, and professional liability disputes. He has assisted numerous clients in several different industries, including oil and gas, construction, banking and investment firms, computer software development, industrial and consumer product manufacturing, and real estate.

Mr. Harrison’s commitment to excellence has earned him an AV® Preeminent™ Rating from Martindale-Hubbell®, recognition by Best Lawyers in America in Commercial and Oil and Gas Litigation, as a “Texas Super Lawyer” by Thomson Reuters every year since 2004, and as a “Leading Individual in Texas Litigation” by Chambers and Partners. In addition, the National Trial Lawyers Association has selected him as a member of the Top 100 Trial Lawyers.

Mr. Harrison is a member of the Texas Association of Civil Trial and Appellate Specialists and the American Board of Trial Advocates. He is admitted to practice in all Texas state courts, the Federal District Courts for the Southern and Northern Districts of Texas, and the Fifth and Tenth Circuit Courts of Appeals. He maintains memberships in a host of professional organizations, including the Texas Bar Association, the American Bar Association, and the Houston Bar Association, at which he served as a Director of the Litigation Section from 1997 to 2001. He is also a member of the Houston Trial Lawyers Association, where he was a Director from 2002 to 2004.