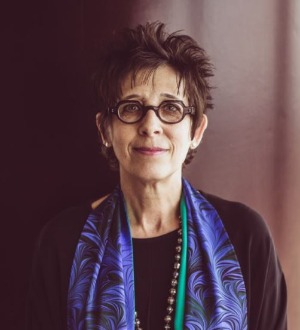 Roberta B. Walburn has focused her legal career on complex, high-stakes litigation.  Most notably, she played a pivotal role in the Minnesota tobacco litigation, representing the State of Minnesota and Blue Cross and Blue Shield of Minnesota in their groundbreaking lawsuit against the tobacco industry.  After four years of litigation—including unearthing more than 30 million pages of internal documents, litigation of crime-fraud issues, more than a dozen unsuccessful interlocutory appeals by the tobacco industry (including two to the U.S. Supreme Court), and four months of trial—the case settled on the eve of jury deliberations.  The settlement provides for more than $6.6 billion in payments to the State and Blue Cross and unprecedented injunctive relief. For her work on the tobacco litigation, Ms. Walburn, along with Mike Ciresi, received the Trial Lawyer of the Year Award from Trial Lawyers for Public Justice.

Ms. Walburn also played significant roles in other major cases including: the Bhopal gas leak disaster litigation (representing the Union of India and, through the government, all victims of the Bhopal disaster in litigation against Union Carbide Corporation); the Copper-7 IUD litigation (representing women injured by the Copper-7 intrauterine device); the Honeywell autofocus camera litigation (representing Honeywell Inc. in a series of patent infringement cases against camera manufacturers from Japan and the United States); the Eveleth plane crash (representing the families of U.S. Senator Paul and Sheila Wellstone and the four staff members killed in a charter plane crash in northern Minnesota).   She also helped to represent Alan Page in his successful constitutional challenge to vacate a governor’s executive order extending the term of an incumbent justice (which cleared the path for Alan Page’s successful election to the Minnesota Supreme Court).

Among other honors, Ms. Walburn is also listed in “Minnesota’s Legal Hall of Fame: The 100 Most Influential Attorneys in State History” and has been commemorated by the University of Minnesota Law School as an alumni who made a difference by “shaping the legal landscape for the benefit of society.”

Previously, Ms. Walburn worked as a reporter on the Minneapolis Star-Tribune and the Buffalo (N.Y.) Evening News, as a legislative assistant to U.S. Senator Paul Wellstone, and as a senior fellow at the World Health Organization in Geneva, Switzerland.

She also served as a law clerk to former U.S. District Court Chief Judge Miles W. Lord and has authored the book, “Miles Lord: The Maverick Judge Who Brought Corporate America to Justice.”

She is a trustee of the Ciresi Walburn Foundation for Children.  Learn more at: https://www.ciresiwalburnfoundation.org.