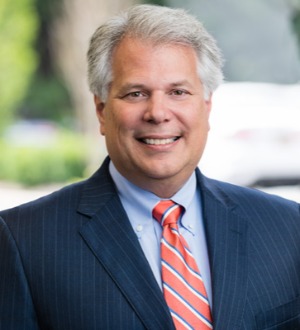 Robert V. Fallarino, Esq. is a trial attorney with more than 30 years of experience leading medical malpractice litigation, complex labor law, and product defect litigation. In 2012, he obtained the fourth highest verdict in New York State for medical negligence, and a top ten verdict overall. Robert Fallarino has dedicated his career to compassionately helping people who have endured life altering and catastrophic injuries. He strives to resolve matters in the most advantageous setting for his clients, whether that means obtaining a jury verdict, a court conference settlement, or by use of a mediator.

Time and again, Fallarino has resolved cases for millions of dollars for patients who have been victims of medical negligence across NY State and around the nation including in North Carolina, Nebraska, Idaho, Connecticut and Pennsylvania. Fallarino ensures his clients from all walks of life feel comfortable with every aspect of the legal proceedings, and confident of the decisions throughout the legal process.

Fallarino has been named to the Best Lawyers in America® list every year since 2017, which each year lists only 4% of all attorneys across the country. In addition, he was named the only 2023 “Lawyer of the Year” by The Best Lawyers in America© for Plaintiffs Medical Malpractice Law in Long Island, NY. He has also been named yearly since 2012 to the New York Metro Super Lawyers© List. The list includes only 5% of all attorneys, selected for peer recognition and professional achievement. Fallarino is also active in community matters. He currently serves as the vice president of the East Williston Union Free School District Board of Education, and has served on the board since 2009. He previously volunteered to serve the public as a prosecuting attorney for The Village of Floral Park. To fulfill his professional and community service roles, he relies on the support of his wife and his sons, who are life-long residents of Long Island, NY.