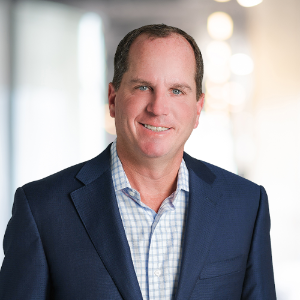 Rob graduated from Case Western Reserve University School of Law in 1992.  Prior to joining the firm, Rob served as an Assistant Cuyahoga County Prosecutor in the Major Trial Unit wherein he was responsible for handling aggravated murder, white collar crime, and other high profile cases. He tried one of the first cases in the community that was televised on Court TV and received a subsequent featurette on Dateline NBC.

While an Assistant Prosecutor, Rob was asked to serve as a Special Mahoning County Prosecutor between 1998 and 2001 to investigate organized crime and its role in the attempted murder of the then-elected Mahoning County Prosecutor.  This investigation led to the indictment and conviction of several organized crime figures and public officials for various crimes, including Aggravated Murder, Engaging in a Pattern of Corrupt Activity, Attempted Murder, Aggravated Theft, Bribery, and other crimes.

In 2001, Rob was appointed by Governor Bob Taft to serve as Judge for the Cuyahoga County Court of Common Pleas. While there, Rob presided over cases involving complex civil and criminal issues.  Rob retired from the bench in 2004.