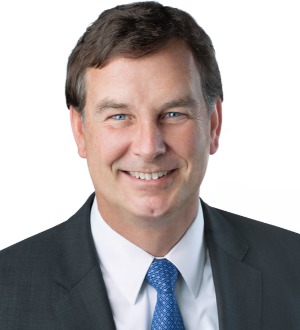 Recognized by Best Lawyers® since 2016.
901 Marquette Avenue, Suite 500 Minneapolis, Minnesota 55402
(612) 333-4500
|
robert.brabbit@knowyourrights.com
Firm: SiebenCarey
|  Website
Message
Edit Profile
Edit Your Profile
To edit your Lawyer Directory information, please login to your
Best Lawyers® Admin Account.
If you have any questions or need assistance, please contact us at info@bestlawyers.com or 803.648.0300.
Overview
Firm

Robert Brabbit joined SiebenCarey in June 2017, and provides clients with more than 26 years of personal injury law expertise. Robert was a founding partner in the Minneapolis law firm of Brabbit & Salita, PA. As a trial lawyer, he practices in the area of civil litigation on behalf of plaintiffs and concentrates in workers' compensation, automobile negligence, product liability and wrongful death. His practice also includes asbestos related injuries such as mesothelioma, asbestosis, and lung cancer.

Martindale-Hubbell awarded Robert an AV rating after an extensive and confidential peer review by members of the bench and bar. In 2005 he was named one of Minnesota's top 40 personal injury attorneys in a peer-based survey. In addition, Robert has been named a Super Lawyer, an honor reserved for the top five percent of all Minnesota's licensed attorneys, every year since 1996. He also co-chaired the Hennepin County Bar Association Workers' Compensation Section from 1999-2001.

Robert is a member of the Minnesota Association for Justice, the Minnesota State Bar Association, the American Bar Association, and the American Association for Justice. He has lectured and participated in many continuing legal education seminars regarding workers' compensation litigation. Robert taught Trial Advocacy and Advanced Trial Advocacy as an Adjunct Professor at the University of St. Thomas School of Law for eight years.  He also authors a chapter in the Minnesota State District Court Civil Practice Deskbook that is used for reference by lawyers and judges throughout the state.

Robert is admitted to practice law in Minnesota and Wisconsin, as well as the United States District Court and United States Court of Appeals, Eighth Circuit.

He received his undergraduate degree from the University of Minnesota and his J.D. from William Mitchell College of Law in 1991. While in law school, Robert served as Executive Editor of the William Mitchell Law Review from 1990-91 and as a staff member from 1989-1990.