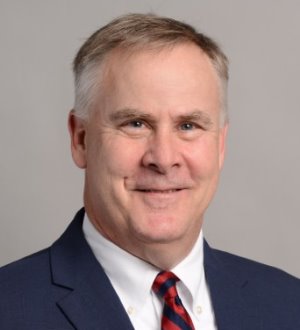 Recognized by Best Lawyers® since 2007.
250 West Street, Suite 400 Columbus, Ohio 43215
(614) 221-1425
|
Firm: Fisher Phillips LLP
|  Website
Edit Profile
Edit Your Profile
To edit your Lawyer Directory information, please login to your
Best Lawyers® Admin Account.
If you have any questions or need assistance, please contact us at info@bestlawyers.com or 803.648.0300.
Overview
Firm

Bob Robenalt is a partner in the firm's Columbus office. He represents management in a variety of labor and employment issues, including workers' compensation, employment litigation and traditional labor matters.

Bob has defended numerous wrongful discharge, Employee Retirement Income Security Act (ERISA), workers' compensation and employment discrimination actions in state and federal courts, and has argued in defense of employment actions before the 4th and 6th Circuit Federal Courts. He has also represented a variety of entities faced with government and civil liability relating to environmental issues.

Bob has served as an adjunct professor at Capital University and is a frequent author and lecturer on labor and employment matters and workers' compensation defense issues. Bob was listed as a Ohio Super Lawyer in 2013, 2014 and 2016. He was also selected for inclusion in Best Lawyers in 2016 and 2017.