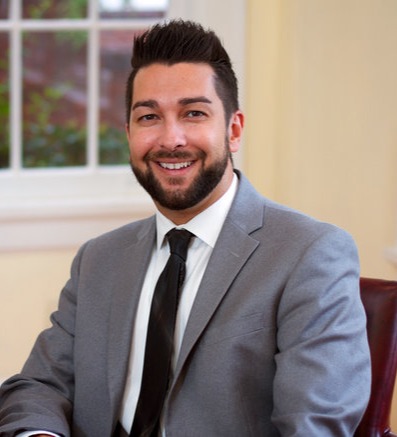 Rob is a board-certified adoption attorney in the firm’s Tampa office whose practice focuses on litigation and appeals arising from contested adoptions, and includes the representation of adoption agencies in termination of parental rights proceedings and adoptive parents in adoption finalization proceedings. Rob also specializes in DCF Interventions, enabling children in the foster care system to be adopted privately.

Rob received a B.A. degree in Government & World Affairs with a minor in Law & Justice from the University of Tampa in 2005, where he graduatedmagna cum laude and first in his major. Rob was also selected by the Faculty Honors Committee to study European Union Law and The Intelligence Services at New College, Oxford University for the Hilary Term, where he earned the U.S. equivalent of a 4.0 GPA. Rob then received his J.D. with an emphasis in Advocacy and Dispute Resolution from the Chapman University School of Law in Orange County, California, where he was an executive member of the Moot Court Board and won an ABA Moot Court Regional Championship, eventually placing in the top ten nationwide. Rob received book awards in Trial Advocacy and the Appellate Law Clinic and was also the first law student in school history to argue before the U.S. Court of Appeals for the Ninth Circuit as part of a pro bono clinic. For more information, visit the firm's website.