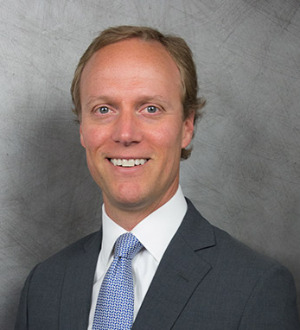 Robert personifies the firm’s reputation for skill, tenacity and painstaking preparation.  He also takes pride in continuing the firm’s long-standing tradition of trying cases to a jury whenever and wherever defendants are unwilling to accept full responsibility for their wrongdoing.

Robert has tried more than two dozen cases to verdict and obtained successful results in some extremely challenging and noteworthy cases.  In one of the most conservative venues in the United States, Robert and firm partner Skip Finkbohner obtained a $14.8 million compensatory verdict for wrongful death and personal injury in a natural gas explosion.  In a personal injury case involving a fall at a national chain restaurant, Robert obtained a $1.78M verdict.  With firm partner Lucy Tufts, Robert obtained verdicts of $1.7M and $1.0M in an industrial site accident and a commercial crash case, respectively.  Robert and firm partner David Cain obtained a $779,477.00 jury verdict for a mechanic who was injured on the job.  This outcome is particularly remarkable given that the defendant had only offered one dollar ($1.00) prior to the verdict.

Robert has also obtained numerous multi-million dollar settlements for his clients in cases involving everything from 18-wheeler crashes to defective consumer products to industrial site injuries.  Most recently, he obtained a $5.0M settlement for the family of a worker who was crushed to death by heavy pipe at an industrial yard. Some other settlements that he has recently obtained include the following:

Robert is passionate about representing the families of men and women who have been seriously injured or killed.  Others have taken note.  He is rated AV® Preeminent™ by Martindale-Hubbell.  He is listed in Best Lawyers of America®.  He is listed in Benchmark Plaintiff’s ranking of Alabama attorney’s as a “Future Star,” and has been repeatedly identified as one of Alabama’s “Rising Stars” by Super Lawyer magazine.

Away from the office, Robert and his wife take great pleasure in raising their two children.  He has served on the Board of Directors for Via!, a charitable organization dedicated to supporting senior citizens in need, on the Senior Bowl Charitable Committee, and most recently on the Board of Ambassadors for the American Cancer Society.