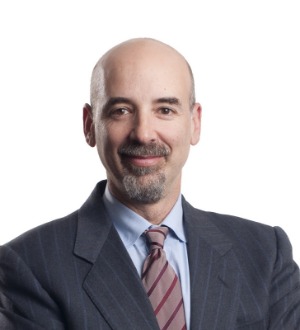 Robert J. Nelson has played a leading role in the firm’s False Claims Act (fraud against the government law), automotive, aviation, defective products, mass torts, tobacco, and consumer fraud cases, taking on many of the world’s largest corporations and holding them accountable. He has served as court-appointed Lead or Co-Lead Counsel in numerous state and federal coordinated proceedings, as well as in more than 30 class actions.

Robert and co-counsel represented California consumers in a class action lawsuit against BP Solar International and Home Depot U.S.A. charging the companies sold solar panels with defective junction boxes that were substantially certain to fail within their warranted lives due to an inherent defect in the junction box, with attendant fire risks. In 2017, final approval was granted to a $67 million settlement of the action that not only provided settlement class members with high failure rate models with complete replacements and others with failed panel replacements, but also helps eliminate any fire danger from the panels.

Robert represented the relator and the City of Los Angeles along with the County of Santa Clara, Stockton Unified School District, and 16 additional California cities, counties, and school districts in a false discount pricing qui tam lawsuit against Office Depot that accused the office supply giant of repeatedly breaking its promises under a nationwide supply contract to give its California governmental customers the lowest price it was offering other governmental customers, along with other pricing misconduct. The suit led to a 2015 settlement of $77.5 million under the California False Claims Act.

In 2013, Robert served as lead trial counsel in litigation against Sutter Health, one of California’s largest healthcare providers, for false billing of anesthesia services. The case settled for $46 million, a record amount under the Insurance Frauds Prevention Act.

In 2010, Robert accomplished the extremely rare feat of receiving a second California Lawyer of the Year (CLAY) award from California Lawyer magazine, recognized for his work as lead trial counsel in obtaining a $78.5 million whistleblower settlement against the University of Phoenix. The settlement is believed to be among the largest ever achieved under the False Claims Act in a case in which the U.S. Department of Justice did not intervene.

Robert was lead trial counsel in a wrongful death action involving a defect in Chrysler vehicles that resulted in a punitive damage verdict of $50 million against the company. For his work on the case, Robert received his first California Lawyer Attorney of the Year award in 2008. The victory against Chrysler was “one of the year’s largest personal injury verdicts,” California Lawyer noted, and “was the first park-to-reverse case against Chrysler in 25 years to make it to trial.

”In the 1990s, Robert played a lead role in the lawsuits against tobacco companies brought by public agencies and states, which resulted in a settlement valued at more than $200 billion, the largest legal settlement ever. He also served as a lead counsel in six class actions that netted more than $80 million for homeowners who had defective ABS plumbing pipe installed in their homes.

Robert is a frequent lecturer on class action practice, as well as subject areas such as product liability law and False Claims Act cases. Before joining Lieff Cabraser in 1994, Robert was an Assistant Federal Public Defender for the Northern District of California for five years, where he tried numerous cases. Prior to that and immediately following law school, Robert served as a judicial clerk for Judge Stephen Reinhardt of the U.S. Court of Appeals for the Ninth Circuit.