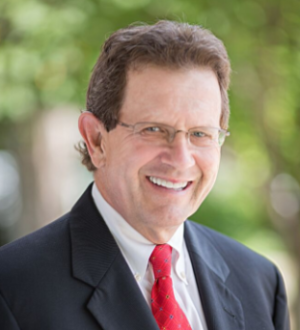 Recognized by Best Lawyers® since 1987.
8150 Excelsior Drive Madison, Wisconsin 53717
(888) 357-7661
|
Firm: Gingras, Thomsen & Wachs
|  Website
Edit Profile
Edit Your Profile
To edit your Lawyer Directory information, please login to your
Best Lawyers® Admin Account.
If you have any questions or need assistance, please contact us at info@bestlawyers.com or 803.648.0300.
Overview
Firm

I founded our firm in Madison in 1989. It was just me and one legal assistant. We now have three offices in the state with 12 lawyers and 19 great employees. The firm has grown under the premise that we will do our best to help good people in need. Our core values are hard work and honesty, and we are truly do have the most heart and caring for our clients.  These values that drive our firm are the same values I learned from my parents growing up in Minot, North Dakota.

I want to tell you why I practice law. I take on difficult and complex cases for individuals and their families against the big corporations and insurance companies. I do this because I want to equal the playing field and I want to help good people fight for what is rightfully owed to them. In other words, I want to do what I can to right the wrongs in our world. Whether it be sexual harassment in the workplace, or an insurance company denying a claim it should honor, or a drunk driver changing a family's life forever – nothing gives me greater satisfaction than cross-examining the perpetrator and either obtaining a favorable settlement or having a jury return a verdict that speaks the truth. I am good at my job because I believe in what I do to make things right for my clients.

$2.9 million awarded by a jury to the parents of a newborn infant who was injured during birth

$2.5 million to a man was injured by a defective shotgun

$1.0 million from a jury to a bank customer for lender liability

$800,000 to a woman victimized by sexual harassment at her job

$775,000 to a mother who was wrongfully denied insurance disability benefits

$750,000 to an elderly man for the misconduct of his own insurance company

$475,000 to women victimized by sexual harassment by a Dane County Sheriff

$450,000 to a private citizen in a First Amendment / whistleblower case against a county government

$235,000 to a man subjected to racial discrimination