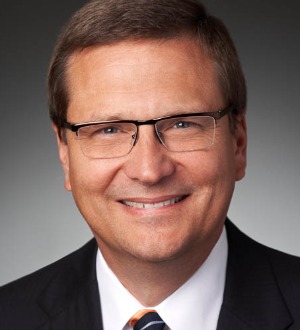 Recognized by Best Lawyers® since 2007.
One East Fourth Street, Suite 1400 Cincinnati, Ohio 45202
(513) 579-6400
|
Firm: Keating Muething & Klekamp PLL
|  Website
Edit Profile
Edit Your Profile
To edit your Lawyer Directory information, please login to your
Best Lawyers® Admin Account.
If you have any questions or need assistance, please contact us at info@bestlawyers.com or 803.648.0300.
Overview
Firm

Bob Sanker's practice is concentrated in the areas of bankruptcy, reorganization and creditors' rights.  He also acts as general counsel for a number of closely-held companies.

Bob has extensive experience in representing debtors, creditors, creditors' committees, lenders, investors and purchasers in Chapter 11 cases and in out of court restructurings. He has represented creditors and court appointed representatives of future claimants in major mass tort bankruptcy proceedings, including the Eagle Pitcher Industries, Wallace and Gale, and G-I Holdings cases.  He has appeared in Bankruptcy Courts all over the country.