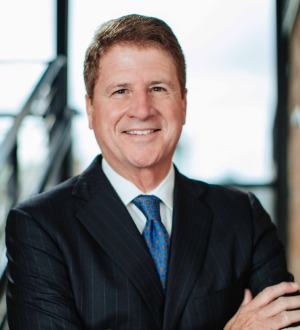 Rob's trial and appellate results are found in a variety of reported cases. Rob represents U.S. and foreign-domiciled companies at trial and before appellate courts throughout the country. He has served as national counsel to industrial, agricultural, real estate, and transportation organizations. His responsibilities in those roles have included defending national class actions and cases with high-dollar verdict potential. State and city governments have retained Rob to resolve or defend complex claims involving massive potential compensation or controversial government policies.

Rob's trial verdicts for claimant companies have been reported in the National Law Journal and by ALM's Top 100 Verdicts. He recently secured a judgment in Delaware in a patent and trade secret dispute which qualified as a Top 100 Verdict for 2019. This is Rob’s second Top 100 Verdict since 2013.

His work has been featured on NBC and CBS, and in The New York Times, The Wall Street Journal, The National Law Journal, The London Times, USA Today, The Economist, and the Dow Jones News Service. Rob has served his community in a variety of ways in the not-for-profit sector. He has served on Boards of Directors for multiple companies during his career. He is admitted to practice in the State of Indiana, the United States Supreme Court, and numerous federal trial and appellate courts throughout the country.