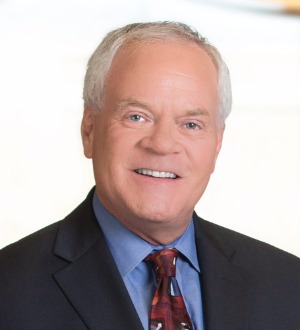 Years In Practice
Phone Number (775) 327-3000
Businesses regularly engage Mr. Ryan, a registered patent attorney, to handle a range of intellectual property procurement, transactional, and enforcement matters. As a founding director-partner at what became and remains among the largest and most prominent intellectual property law firms in the Midwest and subsequently a former founder and Chief Legal Officer of a leading provider of digital multimedia distribution systems, Mr. Ryan has an intimate understanding of intellectual property law and practice and the challenges his clients face.

He has served as presenter on numerous presentations on intellectual property and related business topics at a wide variety of professional and business events. In addition, Mr. Ryan contributes content to The Spark, an online resource supporting Nevada's entrepreneurial community. He provides a patent attorney's insights on common start-up and tech company concerns, such as "Where do I begin?," "What is Patentable?," "What if there is a Similar Idea in the Marketplace?," and more.
What legal services does this lawyer offer?
Litigation - Intellectual Property
Awards
Contact Details and Office Locations
Office: (775) 327-3000
5441 Kietzke Lane, Suite 200
Reno, Nevada 89511
Reno, Nevada 89511
See Location