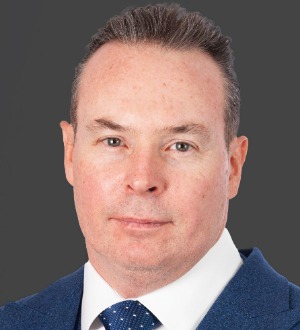 Robert B. Gibson is a partner at Heidell, Pittoni, Murphy & Bach.  He represents some of the nation’s largest healthcare systems in high exposure malpractice cases.  Mr. Gibson is a seasoned trial lawyer with more than 25 years of experience and has handled complex jury trials involving a wide scope of medical specialties.  He has developed a particular focus in defending some of the most prominent orthopedic surgeons in the country including for what is widely considered the premier orthopedic surgery institution in the United States.  Mr. Gibson has been honored by his peers for inclusion in The Best Lawyers in America©, has been repeatedly selected for inclusion in New York Super Lawyers® and has earned Martindale-Hubbell’s highest rating, AV Preeminent®.

Mr. Gibson has lectured across the nation on medical malpractice litigation and trial tactics.  He has been a featured presenter at the Defense Research Institute Medical Liability and Health Care Law Annual Conference and has been an invited speaker on many occasions for the New York State Bar Association.  Mr. Gibson is also regularly requested to speak at Grand Rounds at major academic medical centers throughout the New York area.  He writes frequently on medical malpractice topics, with his publications being featured in the New York Law Journal and the New York State Bar Association Journal.  His articles have also appeared in nationally distributed publications and he has been quoted by the Associated Press regarding Social Media research on potential jurors.

Mr. Gibson is actively involved in the leadership and management of the Firm and has served as a member of its governing body, the Executive Committee, for over a decade.  He is a member of the New York State, Bronx and Westchester County Bar Associations and the Defense Research Institute.

Additionally, Mr. Gibson was a four year varsity letter winner and two-time all-conference football player while in college.  He now serves as an assistant coach for the Fordham Prep football program.